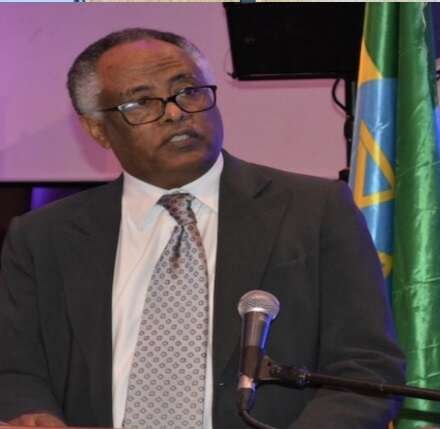 On November 21, 2020, I proposed a way for a peaceful resolution. The article that appeared in the Ethiopian Reporter, stressed three points:

I still believe these three points are critical for any peace talk. I am sharing this proposal to initiate discussion on a way toward a peaceful resolution, considering a looming humanitarian, political, economic and security crises.

I acknowledge there is a proposal in circulation titled “Proposal for Negotiated and Durable Ceasefire to Stop the Ongoing War in Northern Ethiopia.” It is put forth by an anonymous group. The group suggests it will anonymously “assume full responsibilities and be held accountable.” I find the notion of professing responsibility and accountability anonymously difficult to understand.

Furthermore, the proposal is overly prescriptive and unduly tilted in favor of the State of Tigray and its governing party, the Tigray People’s Liberation Front (TPLF). It elevates TPLF at the same level as the Federal government, and in the meantime reduces the State of Amhara to a second fiddle.

I think it is prudent to propose an independent proposal rather than commenting and building on or critiquing the proposal in circulation.

The approach I take is providing a general framework and drawing grid lines within which the warring parties can negotiate and reach a mutually agreeable resolution. By design I avoid prescriptive recommendations. I believe creating a platform and providing a general framework is what is needed, leaving what needs to be done and who does what and when to the conflicting parties.

Background: Looming Crisis and the Role of the International Community

Ethiopia is at a critical juncture. The choice is between two starkly different options. The first option is finding a peaceful resolution within the parameter of the constitutional limits through a democratic system governed by rule of law without infringing on the fundamental rights of 110 million Ethiopians. The second is putting a hold on the budding democratic process and succumbing to the calculus of the power insurgency.

The conflict is deeply entrenched in thorny issues involving the nation’s constitutional framework (the Federal Government vs. the State of Tigray) and land claims and counterclaims between between the States of Tigray and Amhara.

The ongoing war is unsustainable from humanitarian, social and economic perspectives. The human cost has already past unimaginable proportions. Unless reined in, the war can lead to a point of no return, threatening the nation’s unity and territorial integrity. There is an urgent need to reach a negotiated settlement.

The international community has immutable role to play both on the grounds of averting a national humanitarian crisis and maintaining the political and social stability of one of the most important geopolitical regions – The Horn of Africa.

This said, this must be, too. A myopic international intervention that exclusively focuses on stopping the war entails the risk of institutionalizing violence as a political tool to extort political concession. It distorts the nation’s political calculus and foster persisting durable conflicts. Any effort to end the war must keep in mind its durability. All agreements need to be reached within the constitutional order. The will and wishes of the Ethiopian people as signed, sealed, and delivered via election ballots must be treated as a sacrosanct gride line.

The African Union Must Lead the International Intervention

The AU’s policy of “zero tolerance” for military coups, armed insurrections or other means of undemocratic power grab is adopted by the Lomé Declaration of July 2000 on “the Framework for an OAU Response to Unconstitutional Change of Government.” See AU Doc. AHG/Decl. 5(XXXVI).

Regarding the Ethiopian 2021 elections, the AU election observer mission has concluded: “Despite some operational, logistical, security, political and COVID-19 related challenges, overall, the pre-election and Election Day processes were conducted in an orderly, peaceful and credible manner. There was nothing, in the Mission’s estimation, that distracted from the credible conduct of the elections. The Mission, therefore, commends all Ethiopians for the demonstrated commitment to the democratic development of the country.”

The AU’s statement that the election reflected the will of the people is echoed in the Press Release that the US Department of State issued on June 25: “Democracy flourishes when institutions of governance are inclusive, transparent, accountable, and responsive to its people. With that immutable fact in mind, the United States commends those Ethiopians who exercised their right to vote on June 21… We look forward to a continued partnership with the Ethiopian people and to supporting efforts to promote inclusive political participation that moves the country forward on a path to democracy and national unity.”

Prominent international bodies, including the UN, EU and US must follow the lead of the AU in the conflict resolution process in Ethiopia – an AU member country.  The US whose Press Release has commended Ethiopians who exercised their right to vote on June 21, must stand with them to make sure that their votes will not be disenfranchised by instruments of violence or by international political expediency dictated by American and European lobbying powerhouses.

The UN has legal obligation to honor and ensure its member countries honor Article 21 of the Universal Declaration of Human Rights (UDHR). Article 21, Section 1 of the UDHR promulgates: “Everyone has the right to take part in the government of his country, directly or through freely chosen representatives” Section 3 dictates: “The will of the people shall be the basis of the authority of government; this will shall be expressed in periodic and genuine elections…”

Pushing for a resolution that undermines the recent election results that have been given a clean bill of health by the AU as “orderly, peaceful and credible” will not only disenfranchise the democratic and human rights of 110 million Ethiopians, but also violates the nation’s constitutional order. Most importantly, it will undermine the AU’s Charter on Democracy, Elections and Governance.

There is still a room for a negotiated settlement that will sustain the budding democratic experiment without undermining the will and referendum of the people of Ethiopia and the Constitutive Act of the AU on the African Charter on Democracy, Elections and Governance.

Suggested Preconditions for a Peaceful Resolution Between the Warring Parties