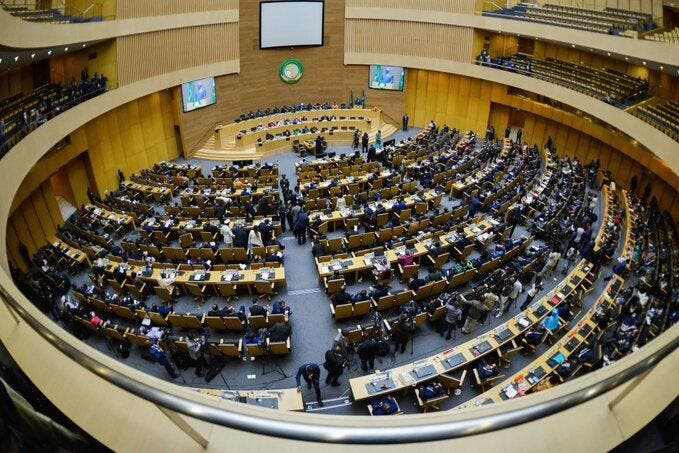 African countries seek to counter Israeli influence in the continent as Tel-Aviv plans to entrench its presence in a bid to dilute the blocs pro-Palestinian stance on the world stage.

There is growing opposition amongst member countries in the African Union (AU) after Israel was admitted as an observer.

Africa’s top three economies and most influential countries Nigeria, Egypt, and South Africa have strongly come out against Israel’s admittance in the body even as observers.

In a strongly-worded statement, South Africa said that it’s “appalled at the unjust and unwarranted decision of the AU Commission to grant Israel observer status in the African Union.”

Opinion: “Would the #AU have allowed #South_Africa‘s apartheid regime the opportunity to defend itself at its meetings?” questions Suraya Dadoo in reference to Israel being granted observer status at the AU.https://t.co/P0esjUNEKL

So far, 17 African countries have expressed their opposition to the move, including countries like Zimbabwe, Algeria and Liberia.

According to local Algerian media, the country’s Foreign Minister Ramtane Lamamra said he would “not stand idly by in front of this step taken by Israel and the African Union without consulting the member states.”

Algeria is now in the process of rallying other African states in a bid to build a coalition and change the constitution of the African Union so that non-African countries can not hold any status.

For Israel, being admitted to the 55-member bloc is a significant political victory given that it’s been trying to enter since 2002.

Tel-Aviv enjoyed observer status in the predecessor Organization of African Unity until 2002 until that organization dissolved itself, becoming the African Union.

Over the last two decades, Israel has made Africa a priority country for its business interests and in a bid to garner lobbying power in international organizations.

Israel’s security and intelligence agencies are strong drivers of the country’s foreign policy. So it’s telling that countries who don’t recognize Israel are now a marginal handful.

As different African countries have faced their own crises, new governments in financial or political difficulty – or both – have reached out to Israel in a bid for lobbying power in Washington.

Sudan and Morocco, who both recognized Israel during the administration of the former US President Donald Trump, won concessions from Washington in exchange for recognizing Israel.

Sudan was rewarded with an easing of sanctions as the former President Omar al Bashir was toppled. Whereas for Morocco, Washington recognized Western Sahara as sovereign territory of Rabat.

Israel’s shift towards Africa is strategic but also plays to the country’s strengths.

According to the Israeli political analyst Pinhas Anbari “When Europe openly expressed its support for the establishment of a Palestinian state and its opposition to Israeli policy vis-à-vis the Palestinians, Israel made a strategic decision to focus on Africa.”

The late Libyan leader Muammar Gaddafi was also a major stumbling block for Israeli influence in Africa. As a major aid donor to many African countries and contributor to the African Union, he held significant sway over different African capitals and their ability to succumb under Israeli influence.

The Israeli occupation, colonization, and apartheid policies towards Palestinians resonate with many African states with a history of European colonization and are unwilling to reward Israeli actions with support on the international stage.

This article has been adapted from its original source.