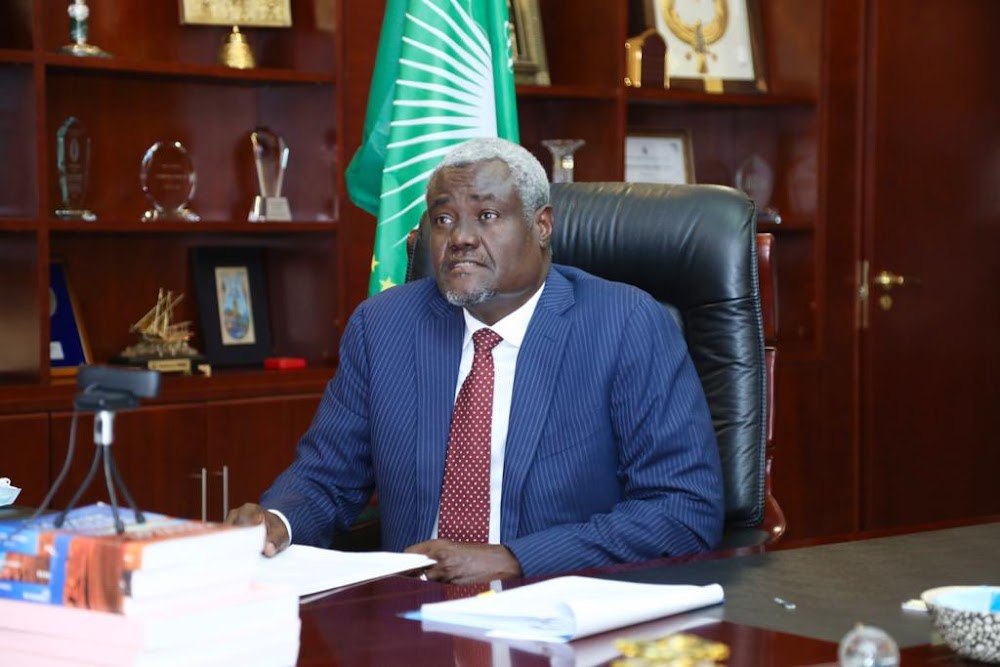 In a statement on Friday, Faki said he made the decision on the basis of recognition of Israel, the restoration of diplomatic relations with more than two-thirds of AU member states and at the express demand of many countries to that end.

“Following the decision to accredit the representative of the State of Israel to the African Union, the chairperson of the African Union Commission, Moussa Faki Mahamat, wishes to recall that this decision falls within his full sphere of competence, without being tied to any preliminary procedure,” the statement said.

Israel was admitted as an observer state on July 22 after lobbying for 20 years.

Israeli Foreign Minister Yair Lapid in a statement said Thursday was a day of celebration for Israel-Africa relations, noting that Israel currently has relations with 46 African countries.

Botswana last week rejected the admission, saying it is of the view the issue is sensitive and should have been brought to the attention of all AU member states, “particularly given the longstanding conflict between Israel and Palestine”.

“Henceforth, the government of Botswana dissociates itself from the decision to grant observer status by the AU to the State of Israel,” the statement said.

Namibian international relations minister Netumbo Nandi-Ndaitwah told Namibian Sun the approval did not meet the basic principles of the AU.

“We are rejecting that approval because it does not meet the basic principles of the African Union, which includes the right to self-determination,” Nandi-Ndaitwah said.

The South African Embassy in Ethiopia asked Faki to explain the rationale behind the decision following rejections in 2013, 2015, and 2016.

“South African recalls that the union has consistently reiterated its support for the Palestinian people in security an independent and sovereign state with East Jerusalem as its capital and called on Israel to respect its international law obligations,” the South African government said.

“Notwithstanding, the powers of the chairperson of the African Union Commission that arise from Part II of the Criteria for Granting Observer Status and for a System of Accreditation within the African Union, this issue is sensitive and consultation with member states should have been undertaken before a decision was made.”

The Algerian foreign ministry said the decision was without the benefit of broad prior consultations with all member states.

“… it has neither the vocation nor the capacity to legitimize the practices and behaviours of the said new observer which are totally incompatible with the values, principles, and objectives enshrined in the ‘Constitutive Act of the African Union,” the statement said.

Faki, however, said that while accepting the accreditation, he clearly stated “the unflinching commitment of the PanAfrican Organisation to the fundamental rights of the Palestinian people, including their right to establish an independent national state, with East Jerusalem as its capital, within the framework of a global, fair and definitive peace between the State of Israel and the State of Palestine”.

This has been the position of by the OAU then by the AU, at different Summits of the Organisation.

The chairman, however, said the matter will be discussed in the forthcoming session of the Executive Council following the reservation by “a few member states”.