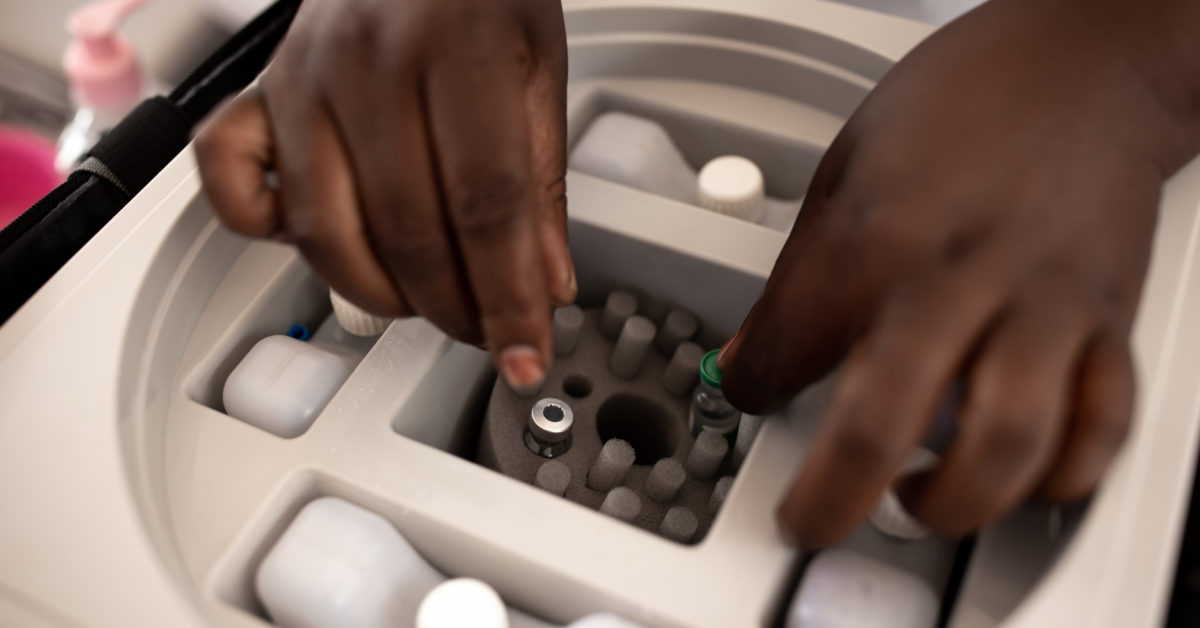 Let down by wealthy countries, Africa is pinning its hopes on its own coronavirus vaccine deals. And for once, the man who is usually delivering dire predictions about Africa’s fight against the pandemic actually seems optimistic.

John Nkengasong, director of the Africa Centre for Disease Control and Prevention, delivered some good news this week: Africa is expecting the first vaccine doses from the sizable deal secured through the AU’s African Vaccine Acquisition Task Team (AVATT) to start arriving in the next two to three weeks.

But he’s still cautious, almost as if his optimism may jinx things.

“I can’t believe we are talking about weeks and not months,” Nkengasong told POLITICO.

The delivery follows the June announcement by the AU and the World Bank of a partnership that would allow AVATT to deliver up to 400 million doses of the one-shot Johnson & Johnson vaccine.

On Thursday, UNICEF announced that it had signed an agreement to supply up to 220 million of these doses by the end of 2022. About 35 million are expected to be delivered this year. UNICEF said that all 55 African Union countries would receive the shots.

The vaccine was chosen due to member countries’ preferences for a jab that can be kept in a refrigerator and only requires people to turn up for one shot. In particular, for rural areas, where it’s particularly hard to coordinate large-scale vaccination campaigns, a one-shot regimen is a game-changer.

On Tuesday evening, leaders of AVATT met to map out the distribution and arrival of the first doses. Under AVATT, vaccines are available for purchase in a similar manner to how the EU coordinated vaccine purchases — through a pooled procurement mechanism, and with allocations made according to the size of a country’s population.

“The continent is not sitting with its hands folded and waiting for COVAX to come and save them,” said Nkengasong, referring to the initiative co-led by Gavi, the World Health Organization and the Coalition for Epidemic Preparedness Innovations (CEPI) meant to help vaccinate the world. “My regret is that that has not been spoken about enough to show that Africa is not just waiting for pledges.”

Over the past several months, Nkengasong has repeatedly said that Africa needs vaccines — and it didn’t matter whether they came through COVAX, donations or the African Union’s own efforts. But he admits that by taking matters into their own hands, Africans can have a greater say over how, when and which vaccines are delivered.

An acute challenge is that COVAX has been beset with problems from the get-go, when wealthy countries, including the EU and the U.S., chose to secure their own deals via bilateral purchases, which vacuumed up most of the world’s supply and undercut COVAX’s multilateral function. And then, just as COVAX got off the ground this year and started delivering vaccines, the Serum Institute of India, which was contracted to produce hundreds of millions of doses of the Oxford/AstraZeneca vaccine for the facility, had to reroute the doses to the Indian population during its disastrous recent surge of cases.

While COVAX was meant to be used to vaccinate those most at risk, it was also supposed to be the first line of defense and to help stave off the kind of situation the continent is currently facing — with cases surging and around 1.5 percent of Africa’s population fully vaccinated.

During a presentation on the status of COVAX on Tuesday, World Health Organization Chief Scientist Soumya Swaminathan showed just how extreme the imbalance has become by presenting a color-coded map of the world, shaded in with hues ranging from green to dark red. Dark red indicated places that have administered 0 to 5 doses per 100 people. The African continent is scarlet.

The only other regions similarly shaded are parts of the Middle East and Asia.

While export bans, such as that seen in India, are one of the reasons for supply shortfalls, there are also issues with regulatory approval, the validation of new sites and supply-chain bottlenecks, said Aurélia Nguyen, managing director of the COVAX Facility at Gavi.

According to the most recent data presented by Nguyen, COVAX will meet the target of 30 percent coverage of populations in February 2022 — but only if all deals under negotiation come to fruition.

With the Serum Institute of India not delivering, the hope was to pivot production to other sites currently producing the vaccine, including one in South Korea and several contract manufacturers in Europe, according to a development official involved in COVAX. But that hasn’t come to fruition.

“It looks like the AstraZeneca manufacturing network as a whole is not going to be able to supply in the quantities that would enable us to do that anymore in the short term, which means that the only viable solution right now, that is aligned with WHO recommendations on the use of vaccines, will be to rely on dose sharing,” they said.

As for dose-sharing, deliveries of shared doses from France, New Zealand, the U.S. and others are underway. But COVAX said it’s “seeking clarity” on the remaining donations announced at the G7 Summit in June, when countries pledged 870 million doses to developing countries over the next year.

The catch is that converting pledges into delivered jabs is often not straightforward, as countries like the U.S. have quickly learned. Complex shipping logistics and indemnification negotiations have held up U.S. donations. Moreover, as World Trade Organization Director General Ngozi Okonjo-Iweala pointed out on Monday, the wider G20 group needs to provide an extra 2 billion or 3 billion doses of vaccines if this initiative will really have a global reach.

At the same event, International Monetary Fund Managing Director Kristalina Georgieva held out hope that vaccinating the world is a “solvable problem.” Alongside the need for $50 billion to vaccinate 40 percent of the world by the end of this year and 60 percent by the end of 2022, countries with extra doses need to share them with places that are struggling. “Africa is now burning,” she said.

It’s not the situation that Nkengasong hoped the continent would be in a year and four months into the pandemic. While optimistic about the future of doses coming through AVATT, the current spread of the virus on the continent is “very very disturbing,” he said.

“We are dispatching SWAT teams all over the continent to help [countries] fight this third wave aggressively while waiting for vaccines,” he said. “And without vaccines coming in at scale, we will see another wave coming.”

This article is part of POLITICO’s premium policy service: Pro Health Care. From drug pricing, EMA, vaccines, pharma and more, our specialized journalists keep you on top of the topics driving the health care policy agenda. Email [email protected] for a complimentary trial.