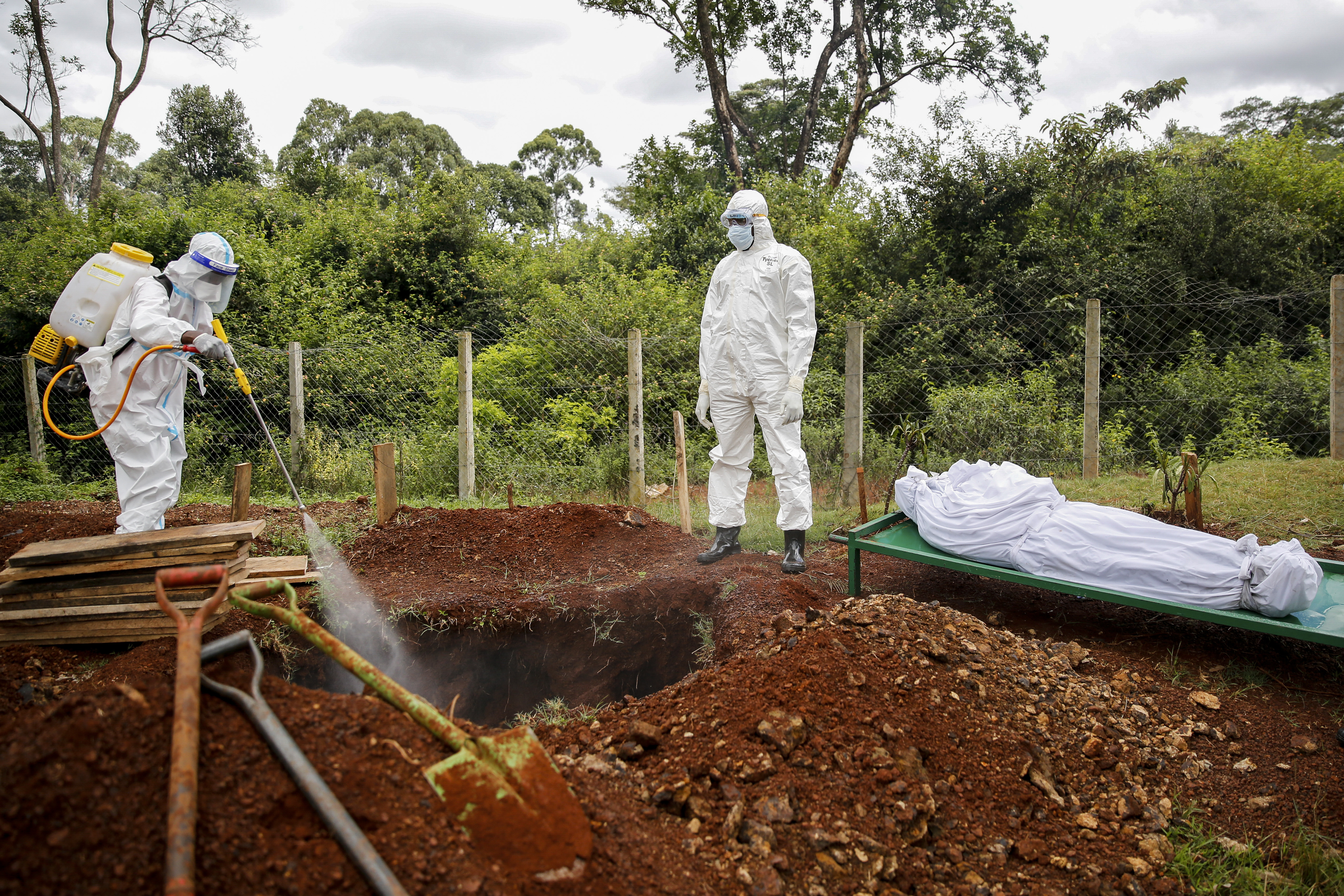 Due to lack of intensive care beds and oxygen, the number of deaths related to the coronavirus in Africa surged by 43% in a week. The World Health Organization (WHO) stated On Thursday, as new Delta variants proliferated on the African continent.

In the WHO African region, including North Africa, the number of COVID-related deaths rose to 6,273 in the week from July 5 to 11, compared with 4,384 in the previous week.

“The death toll has risen sharply in the past five weeks. This is a clear warning signal that the hospitals in the most affected countries are reaching a tipping point,” said Dr. Matshidiso Moeti, WHO Regional Director for Africa, in a virtual press conference.

She said in Brazzaville, the capital of Congo, “The health systems of countries with insufficient resources are facing a severe shortage of health workers, supplies, equipment and infrastructure needed to provide care for severe COVID-19 patients.”

#Africa Week-on-week increase of 43% #Coronavirus disease death toll. The number of hospitalizations on the African continent is increasing rapidly, resulting in a shortage of oxygen and intensive care beds. https://t.co/Fp3jaS6lsG pic.twitter.com/Hosc1AqW8b

The WHO said on Thursday that the increase in deaths coincided with the chronic shortage of vaccines, the spread of the more contagious Delta variant (now found in 21 African countries), and public fatigue on preventive measures.

At the same time, the United Nations health agency warned that as the number of infections worldwide soars to 500,000 per day, mainly driven by the virulent Delta strain, the “more dangerous” variants of COVID-19 may spread around the world.

The WHO Emergency Committee said in a statement: “The pandemic is far from over.”

It emphasizes that “the emergence and global spread of new and potentially more dangerous variants of attention is very likely, and these variants may be more challenging.”

Nicolas Hack from Al Jazeera in Dakar, Senegal, reported that scientists are worried that due to lack of vaccination, the Delta variant will mutate into something more deadly and “will spread and spread faster.”

“This is the stakes of vaccination here, so more vaccines are needed to enter the African continent.”

Africa has officially recorded more than 6 million cases of COVID-19, which is much lower than other continents, but experts say this number may be greatly underestimated.

On Thursday, Nigeria’s largest university sent its residential students home and said it would suspend classes because there are growing concerns about a new wave of coronavirus in Africa’s most populous country.

In addition, after meeting with the World Bank on Thursday, African leaders called for pledges of “at least 100 billion US dollars” of financial support before the end of the year to help their countries “better recover” from the pandemic.

“To overcome this crisis, there is still a lot of work to be done,” said Alassane Ouattara, the president of Ivory Coast who opened in Abidjan.

“Only less than 3% of the total African population received the first dose of vaccine, compared to 54% in the United States and the European Union.”

The Chairman of the African Union Commission, Moussa Faki Mahamat, called for help in restructuring the debts of troubled African countries that are facing “an urgent need to buy vaccines and lay the foundation for economic recovery with immediate liquidity.”

He said that the pandemic has increased the number of unemployed people in Africa by 25-30 million, while 40 million people have fallen back into extreme poverty.

The purpose of this meeting is to discuss the World Bank’s assistance to African countries in the next three years.

The assistance is managed by the bank’s International Development Association (IDA), which renews the plan every three years.

The talks are advanced a year in advance to help poor countries deal with the impact of the pandemic.

In the past three years, IDA has allocated an average of US$22 billion per year. Of the 76 beneficiary countries, 39 are in Africa.

In May, the international community promised to help Africa fight the epidemic at a meeting in Paris, but did not give specific monetary figures.