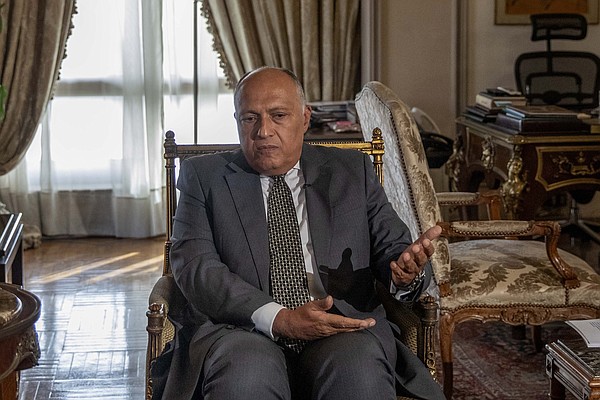 UNITED NATIONS — Egypt and Sudan have urged the U.N. Security Council to undertake “preventive diplomacy” and call for a legally binding agreement to resolve a dispute with Ethiopia over the availability of water from its dam on the Nile River, but Ethiopia insisted the matter can be solved by the African Union, and many council members agreed.

Egypt and Sudan on Thursday called for the council meeting and sent their foreign ministers to New York to appeal for council action, saying 10 years of negotiations with Ethiopia have failed, and the Grand Ethiopian Renaissance Dam is starting a second filling of its reservoir, which they said not only violates a 2015 agreement but poses “an existential threat” to 150 million people in their downstream nations.

The dam on the Blue Nile is 80% complete and is expected to reach full generating capacity in 2023, making it Africa’s largest hydroelectric power plant and the world’s seventh-largest, according to reports in Ethiopia’s state media. Ethiopia says the $5 billion dam is essential to promote economic development and provide electricity for the vast majority of its people.

Ethiopia’s water minister, Seleshi Bekele Awulachew, told the council that filling the reservoir was part of the dam’s construction and the Security Council should not be involved in the issue of Nile waters, saying no issue is further from its mandate of ensuring international peace and security.

[Video not showing up above? Click here to watch » https://www.youtube.com/watch?v=Qq293faTzG0]

“The African Union is seized of the matter, and is ably facilitating our negotiation,” he said. “Ethiopia believes an agreement is within reach, given the necessary political will and the commitment to negotiate in good faith.”

Awulachew said the Security Council should encourage Egypt and Sudan to seriously negotiate a settlement on the filling and operation of the dam.

They urged the Security Council to approve a Tunisian-drafted resolution that would require Egypt, Sudan and Ethiopia to negotiate a legally binding agreement within six months under African Union auspices “that ensures Ethiopia’s ability to generate hydropower … while preventing the inflicting of significant harm on the water security of downstream states.”

The draft encourages other parties “to actively engage in the negotiations with a view to addressing outstanding technical and legal issues.” It also urges Ethiopia “to refrain from continuing to unilaterally fill” the reservoir and calls on Egypt, Sudan and Ethiopia “to refrain from making any statements or taking any action that may jeopardize the negotiation process.”

Al-Mahdi said Sudan and Egypt believe reaching an agreement within six months is “very possible if the political will is available.”

“What we have heard there is really encouraging,” she said.

“We are very much optimistic that the Security Council will address this matter in a responsible way, and it will not just be dropped from its agenda,” al-Mahdi said.

She noted that some council members are concerned about the precedent of addressing a water issue, but she stressed that addressing the Grand Ethiopian Renaissance Dam would be a precedent preventive diplomacy “and looking at early warning signs,” that would avoid a peacekeeping mission later.

U.S. Ambassador Linda Thomas-Greenfield said the U.S. believes the issue of sharing Nile waters “can be reconciled … with political commitment from all parties, beginning with the urgent resumption of negotiations under the African Union’s leadership.