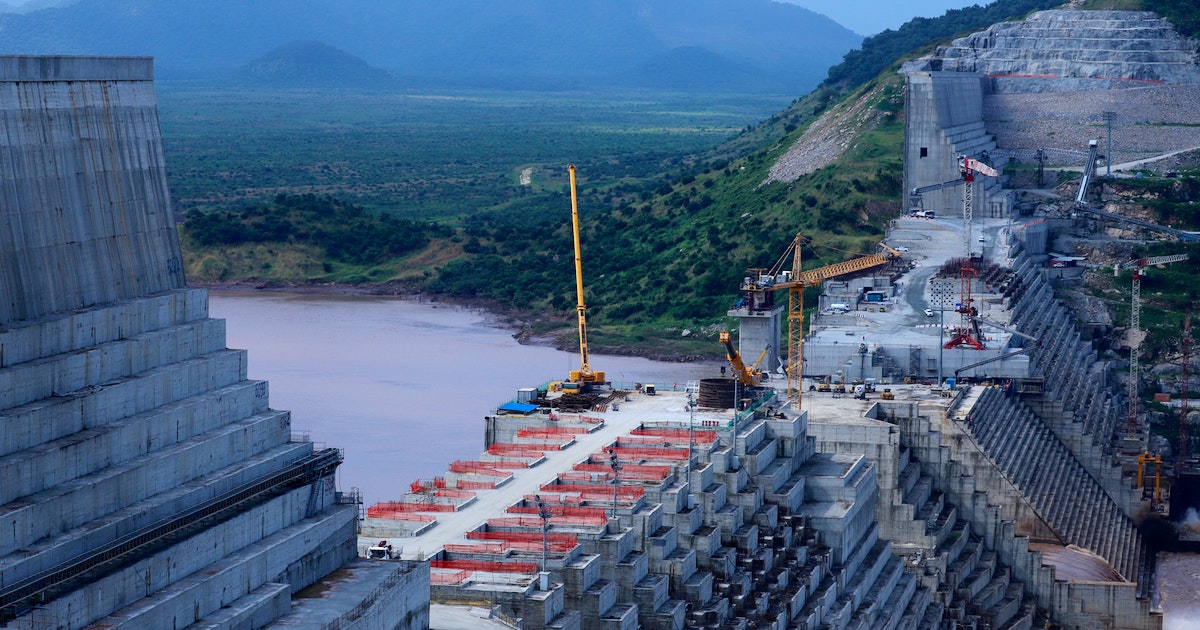 CAIRO (Reuters) – Ethiopia has been building a giant hydropower dam on the Blue Nile and has started holding back the water flow from seasonal rains to fill the reservoir behind it for a second year.

Egypt is worried the dam will affect the overall flow of the Nile, and together with fellow downriver country Sudan, has brought the issue to the U.N. Security Council in a bid to get a binding deal on the dam’s operation.

The $4 billion Grand Ethiopian Renaissance Dam (GERD) was announced in early 2011, as Egypt was in political upheaval.

It is the centrepiece of Ethiopia’s bid to become Africa’s biggest power exporter, with a projected capacity of more than 6,000 megawatts.

Though construction has been hit by delays, Ethiopia began filling the reservoir behind the dam in 2020.

This initial two-year stage of filling is expected to bring the water level in the reservoir to 595 metres out of an eventual 632 metres.

The Nile Basin river system flows through 11 countries. The Blue Nile and White Nile merge in Sudan before flowing into Egypt and on to the Mediterranean.

Egypt has based its share of the river’s waters on a 1959 deal that gave it 55.5 billion cubic meters water annually, and Sudan 18.5 bcm.

Other countries were not given allocations at that time and Ethiopia does not recognise the agreement.

Egypt, which has a rapidly growing population of over 100 million, relies on the Nile for at least 90% of its fresh water.

The largely desert country is already short of water. It imports about half its food products and recycles about 25 bcm of water annually.

Egypt is most worried about the risk of drought conditions such as those that occurred in the late 1970s and early 1980s, and has pushed for Ethiopia to fill the reservoir over a longer period if needed and guarantee minimum flows.

If water flows are restricted in drought conditions Egypt says it could lose more than one million jobs and $1.8 billion in economic production annually, though it acknowledges such a scenario is unlikely.

Ethiopia, with a population of more than 110 million, accuses Egypt of trying to maintain a colonial-era grip over the Nile’s waters by imposing rules over the dam’s filling and operation.

It has said it is taking the interests of Egypt and Sudan into account, and that Egypt’s requirements of guaranteed flows are unrealistic.

It has also said it could finish filling the reservoir in two to three years, but made a concession by proposing a four-to-seven year process.

Sudan does not face shortages in its Nile water supplies and it could gain from the dam’s electricity generation, as well as flood mitigation.

However, Sudan is concerned about the safety of the dam, which lies just the other side of its border with Ethiopia.

Khartoum has called for information sharing in order to minimise the impact on its own dams and water stations, and took precautionary measures at its own dams before the GERD’s second filling, citing lack of data from Ethiopia.

Both sides have blamed each other for negotiations repeatedly stalling. Talks hosted by Washington broke down last year, and an effort to relaunch them in Kinshasa earlier this year also failed.

While the African Union has facilitated recent efforts, Sudan and Egypt have called for the United States, the European Union and the United Nations to mediate directly.

Ethiopia has resisted this, saying that diplomacy outside the AU process was “demeaning” to the African body’s efforts.