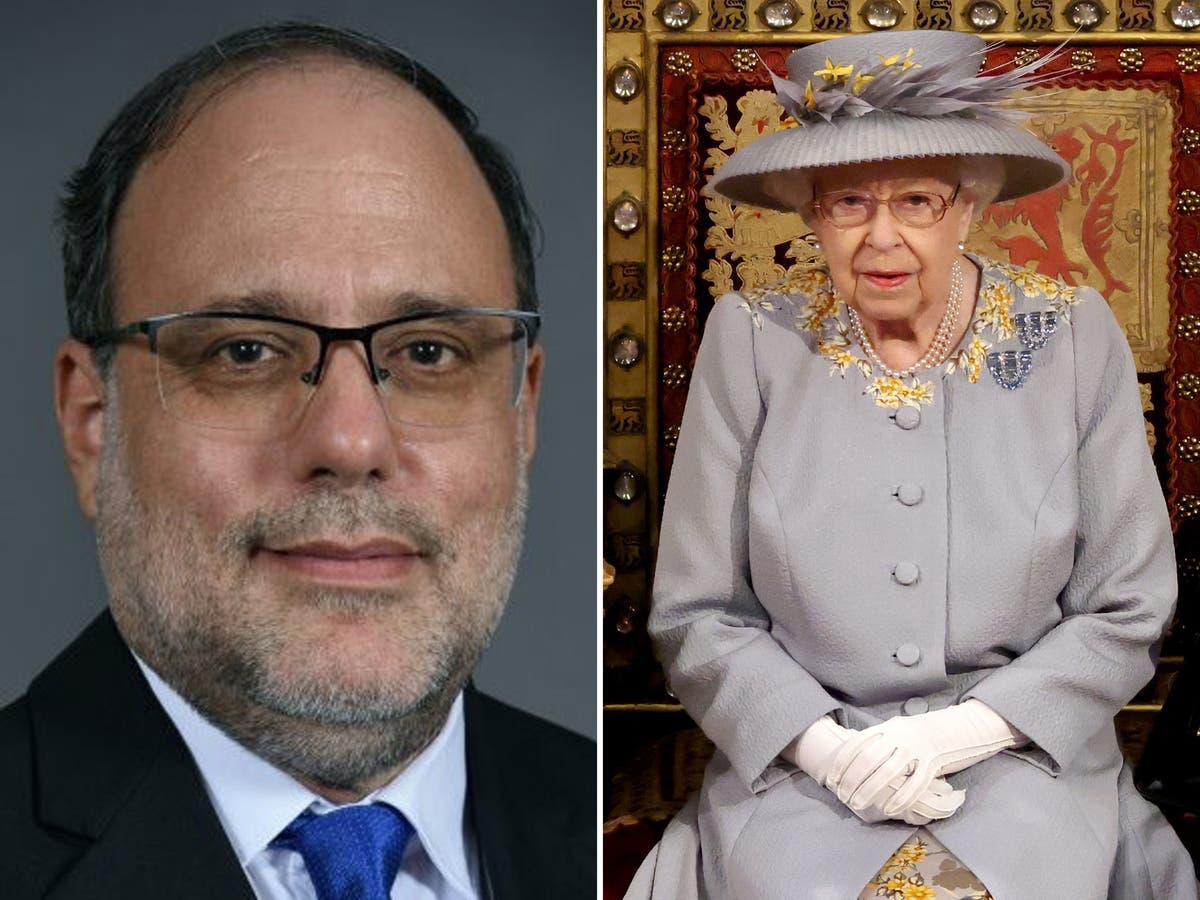 Jamaica’s Opposition Leader, numerous equalities campaigners and organisations are calling for the Queen to be removed as the nation’s head of state as the government prepares to lobby Britain for slavery reparations.

Mark Golding, who took over premiership of the People’s National Party (PNP) in November 2020, described the measure as being of vital importance, particularly in the wake of the Black Lives Matter resurgence and global discourse around colonialism.

This comes as it emerged that the country’s government, headed up by the Jamaican Labour Party, is preparing a petition to the Queen for compensation for the transatlantic slave trade.

“I think the matters of removing the Queen as our head of state and reparations for slavery are very significant; they’re fundamental to our identity and our nationhood,” the leader told The Independent.

“I don’t think that one could argue that we are fully independent when our head of state is somebody who lives on the other side of the Atlantic ocean and isn’t a Jamaican. From my perspective, and that of the People’s National Party, this is something that we have been committed to for a long time and we continue to be committed to it.”

He added: “There is, as I understand it, bi-partisan support on the matter of removing the Queen as our Head of State in Jamaica, to having a Jamaican person as our Head of State through a non-executive residency within the Commonwealth; similar what Trinidad did some decades ago. That has been something that both parties have committed themselves to.”

The Jamaican Government’s call for reparations reflects the 10 Point Reparations Plan by CARICOM, the Caribbean’s regional government body, established in 2013.

The PNP tabled a motion for parliamentary debate regarding the matter “months ago” but it has not yet been brought forward for debate because the government has not facilitated it, the party leader said.

The legal procedure for removing the Queen, also referred to as the Queen of Jamaica, as head of state is intricate.

Legislation must be approved by a two thirds majority in both Houses of Parliament – the Representatives and the Senate – and then it has to be put to the people of Jamaica through a referendum.

“That procedure has not been followed and I think it is probably because the nature of it, in particular the referendum aspect of it, why it hasn’t happened before,” Mr Golding said.

“The experience with referendum is one where often other issues come into play and it’s treated as referendum on the government of the day, rather than a referendum on the specific issue on the ballot; so I think governments are typically fairly cautious or reluctant to embark upon the procedure.”

The only time Jamaica had a referendum was, the year before independence, to decide whether or not the island should remain in the West Indies Federation.

In its 2016 manifesto, Jamaica’s current government, under Andrew Holness, committed to addressing the matter around removing the Queen.

The PNP, similarly, had identified this as an area of concern during Portia Simpson-Miller’s administration from 2012 -2016.

The party also moved for Jamaica to move away from the Judicial Committee of the Privy Council, with its colonial roots, as the island’s final court of appeal to the Caribbean Court of Justice. However, this move was blocked by the JLP – the Opposition at the time.

Last week Andrew Holness was appointed a member of the Queen’s Privy Council – a body of advisors to the sovereign – which, critics argue, indicates a willingness to be closer to the crown, not sever ties with it.

For Carolyn Cooper, Professor Emerita at the University of the West Indies in Jamaica, removing the Queen as head of state and demanding reparations go hand in hand. It’s a question of long-overdue liberation, she suggests, and both are equally important.

“It’s high time for Jamaica to complete the process of emancipation from the British monarchy,” Ms Cooper told The Independent.

“Flag independence means nothing much as long as the Queen of England remains Jamaica’s head of state.

“Jamaicans must assert our right to reparations for the atrocities perpetrated against enslaved Africans. But our continued dependence on the Queen of England as our head of state implies acceptance of the monarchy’s right to rule.

“This diminishes our claim for reparations. Seeking reparations from your head of state is ludicrous; the reparations imperative is organically related to fracturing the ties with the British monarchy.”

Barbados recently announced its intention to become a Republic.

Governor General Sandra Mason confirmed that by 30 November 2021, on the 55th anniversary of the country’s independence, Barbados will break the British monarchy and instead swear in a Bajan president as head of state.

Responding to this, Ms Cooper said: “If Barbados, long known as ‘Little England,’ can claim a new identity as a republic, Jamaica, most certainly, must shed the burden of our colonial past, especially given our long history of fierce resistance to imperialism.”

“The Queen’s departure should be phased as a part of the Reparatory framework and a full accounting of all assets currently owned and operated by the “Crown” should be made public with a clear understanding of who is going to own and administer these assets,” she told The Independent.

“The Jamaican political system has been hampered by Garrisonization and, so, the Queen’s removal would have to be replaced by a transparent and egalitarian system and not be dogged by a semi-Haiti situation where a large portion of the voting population is held under political patronage.

“The Queen cannot leave African descendants of Jamaica in political and economic conditions not settled through reparations.”

In terms of who would be in charge of the reparations and its dispensation, Ms Stowe said the Jamaican government’s call for the measure “must be as an endorsement and robust funding of a collective independent civil society grouping represented by human rights and business lawyers that head de-colonization process and that they represent in State to State negotiations”.

She added: “The history of independent Jamaican government towards African descendants and culture is one of oppression and non protection. Jamaica at the same time should be accorded State status in the African Union with more bilateral arrangements connecting civil societies.”

Abu Akil, the co-chair of the Global Afrikan Congress (GAC), said: “GAC recognises that the legacy of colonism, needs to be challenged, in order to reinstate the humanity of Afrikan people.

“The Jamaican people and its government will become more independent by removing the Queen as head of state. This will bring to an end, the ludicrous situation of Jamaica’s prime ministers reporting to a Governor general who reports to the Queen, while being paid by the Jamaican people, most of whom continue to pay the price of enslavement.”

The Jamaican government and Buckingham Palace have been approached for comment.