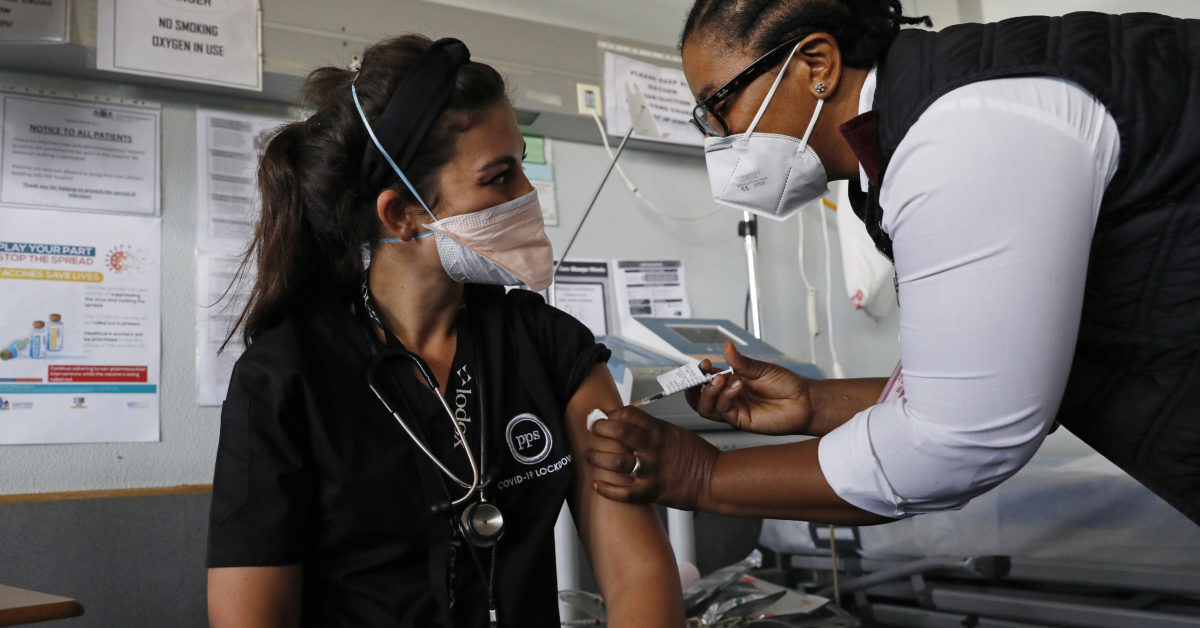 The study, called the Sisonke, involved over 477,000 health care workers who received the single-shot COVID-19 vaccine between February and May of this year. Workers were exposed to both the Beta and Delta variants of COVID-19 as they spread throughout the country.

The Johnson & Johnson shot provided protection against both variants, but there was slightly “greater efficacy against Delta than against Beta,” compared to unvaccinated populations, said Glenda Gray, the president of the South African Medical Research Council and co-leader of the trial, in remarks broadcast on local television.

The shot was 67 percent effective at preventing hospitalization from the Beta coronavirus variant.

The study’s analysis, which has yet to be published in a peer-reviewed journal, also found no additional safety concerns from the vaccine. Out of all the vaccinated participants, only two people experienced the serious adverse event of blood clots with low platelet counts, but both made a full recovery, Gray said.

Background: Johnson & Johnson’s shot is one of three authorized for use in the United States, and has played a major role in South Africa’s vaccination strategy. The company has agreed to provide 400 million doses to countries in the African Union through 2022.

What’s next: Vaccinations in South Africa have increased, with over 8.3 million recipients as of Thursday, Reuters reports.