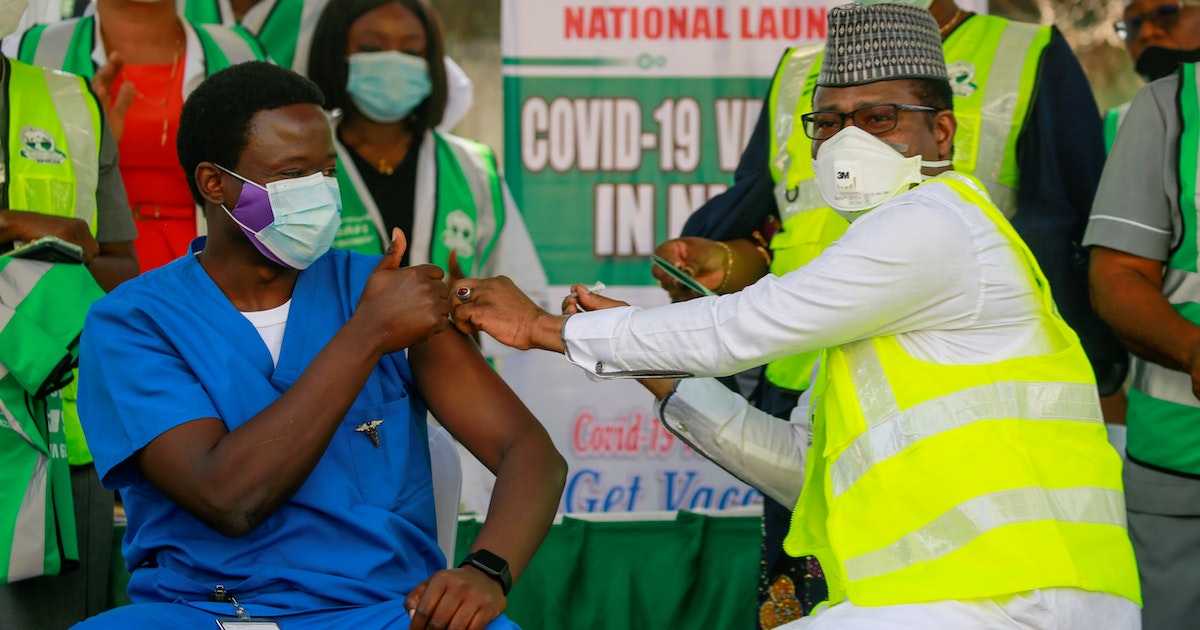 ABUJA (Reuters) – Nigeria expects to receive nearly 8 million additional doses of COVID-19 vaccines by the end of August, including from a U.S. government donation, the head of its primary care agency said on Tuesday.

Nigeria expects delivery of 3.924 million doses of Oxford/AstraZeneca shots from global vaccine-sharing scheme COVAX by the end of July or early August, Shuaib said, and an additional 3.93 million doses of either Pfizer/Biotech or Moderna, donated by the U.S. government via COVAX, in August.

Nigeria, Africa’s most populous nation, recently detected the highly contagious Delta variant, while the governor of its commercial centre, Lagos state, warned that it was on the verge of a third wave of infections.

The 3.92 million Oxford/AstraZeneca doses Nigeria received in March from COVAX covered a small fraction of its 200 million citizens, and Shuaib, in an Abuja press briefing, urged citizens to abide by “non-pharmaceutical” measures, such as mask wearing and social distancing, to stem the spread of the virus until fresh doses arrived.

He said Nigeria expects another 3.577 million doses of Pfizer/Biotech or Moderna from COVAX in the third quarter, as well as 29.85 million Johnson & Johnson shots purchased via the African Union, though he did not say when these would arrive.

Shuaib said Nigeria recorded 14,550 of mild to moderate adverse reactions to the vaccines but no fatalities linked to the shots.