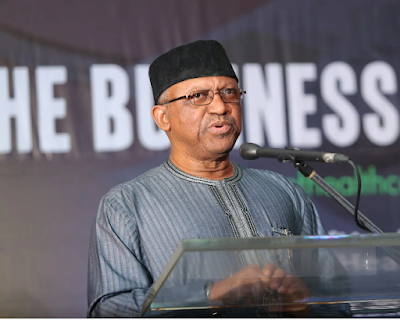 Nigeria’s federal government has directed all Covid-19
Isolation Centres across the country to immediately activate their facilities
in anticipation of a possible spike in infection. Minister of Health, Dr.
Osagie Ehanire, gave the directive on Monday in Abuja at a media briefing on
COVID-19 update.

The move came as the government said it had identified 10
positive cases of COVID-19 Delta variant in passengers who came in mostly from
the Lagos and Abuja airports. It stressed that henceforth, stringent measures
would be put in place to monitor incoming passengers from countries where the
virus had become more virulent, maintaining that anyone who breaks the
isolation rule would be prosecuted.

The minster said the federal government had deployed rapid
testing kits at all official entry points to the country, including the
Idioroko and Seme border posts, to ensure stricter monitoring and prevention of
disease importation into Nigeria.

Ehanire disclosed that in the past 24 hours, the world had
witnessed an increase in reported cases of the virus across a significant
number of countries, due to the high transmissibility of the Delta Variant. He
said there was a rising incidence of COVID-19 in the country, adding that
treatment bed occupancy is also recording an increase given the established
emergence of a third wave.

“We have already asked our hospitals to reactivate all their
isolation centres and prepare them for any possible surge,” he said.

He regretted that despite the evidence of the emergence of a
third wave of the pandemic, citizens continued to refuse adherence to public
health advisories.

The minister said in preparation for the anticipated rise in
cases, the Federal Ministry of Health had taken steps to urgently scale-up and
enhance local oxygen capacity before any increase in oxygen consumption. He
said government had invested directly and strategically in ensuring oxygen
availability to avert incidence of oxygen insufficiency for COVID-19 patients
in the country.

On the country’s push for COVID-19 vaccine sufficiency,
Ehanire said Nigeria was expecting, “over 29 million Johnson & Johnson
vaccines purchased by the government of Nigeria through the African Union AVATT
facility; and over four million Moderna and almost 700, 000 AstraZeneca
vaccines through the COVAX facility from bilateral donations from the
governments of the United States and the United Kingdom; as well as Pfizer and
Sinopharm from both bilateral agreements and through the COVAX facility.”

The minister allayed fears over the recent donation of
Sinopharm COVID19 vaccine by the Chinese government, saying the National Agency
for Food and Drug Administration and Control (NAFDAC) has been asked to subject
the vaccine to regulatory test for the needed approval.

Ehanire also said the Johnson & Johnson vaccine, which
is a one-dose shot, would be advantageous in the Nigerian context, with weak
Civil Registration Vital Statistics (CRVS) and a nomadic population.

According to Ehanire government expects to take delivery of
the vaccines this quarter, with the Johnson & Johnson expected in August.

Earlier, the minister said the country had stop vaccination
in July 10, because it ran out of vaccine doses.

Ehanire added that government had also approached prominent
Nigerians in the private sector to support the venture.

He explained, “We are talking to eminent Nigerians, we are
waiting for the next step to put up a concept note and business plan. We are
working with a company that the federal government owns 49 per cent equity and
the company will be the only company we will present as the one to do the
manufacturing and government will support them in many ways to get the technical
transfer and to be the one supported to produce the vaccine.”

While giving an update on COVID-19 testing and treatment
around the country, the Director of Disease Surveillance and Epidemiology, Mrs.
Elsie Ilori, said, “So far we have identified 10 Delta variants of COVID-19 in
the country. The Delta variant is more virulent than the normal one and the
symptoms it presents are not in consonance with what we are used to, that is
why we need to be careful.”