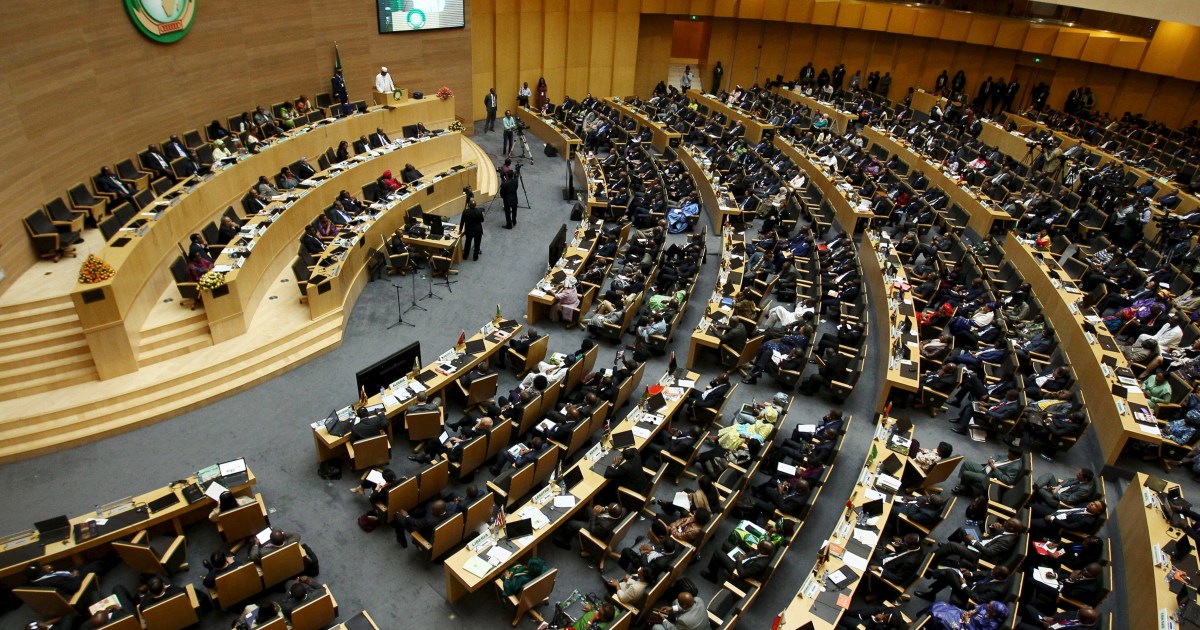 South Africa calls the AU’s move ‘unjust and unwarranted’, complaining it was taken without consulting its members.

In a statement published on Wednesday, the South African government said the “unjust and unwarranted” move was taken “unilaterally without consultations with its members”.

Israel obtained AU observer status on Friday after 20 years of diplomatic efforts. It had previously held the role at the Organisation of African Unity (OAU) but was long thwarted in its attempts to regain it after the OAU was disbanded in 2002 and replaced by the AU.

According to the Israeli foreign ministry, the new status could enable Israel and the AU to forge stronger cooperation on various aspects, including the fight against the coronavirus and the prevention “of the spread of extremist terrorism” on the African continent.

But the South African government said the African Union’s decision “is even more shocking in a year in which the oppressed people of Palestine were hounded by destructive bombardments and continued illegal settlements of the land”.

In May, tensions between Israel and Hamas – the group governing the Gaza Strip – over the forced expulsion of Palestinian families from their homes in occupied East Jerusalem, escalated into an 11-day assault on Gaza. The Israeli offensive killed at least 260 people, including 66 children, in the besieged enclave, while 13 Israeli people died due to rockets fired by Palestinian armed groups.

South Africa backs the Palestinian cause, with formal diplomatic relations established in 1995, a year after the end of apartheid. It downgraded its embassy in Tel Aviv to a liaison office in 2019.

The occupied Palestinian territory already has observer status at the AU and pro-Palestinian language is typically featured in statements delivered at the AU’s annual summits.

South Africa will ask Moussa Faki Mahamat, chairman of the AU Commission, to brief member states on the decision and it hopes the issue will be discussed at the level of heads of states and governments.