I remember years ago when I still had four kids at home how we dreaded the time change every year (well, twice a year)! When the time changed, a regular question for the next few weeks was, “Are you guys back on schedule after the time change?” And my typical reply was, “Yes!” Because I began preparing for the time change a week or so ahead of time. I slowly altered my kids’ bedtime and wake-up time by about 10 or 15 minutes each day so they’d be adjusted when the time change happened. It worked like a charm.

Just kidding! I was like nearly everyone else. The time change was horrible! It threw us off for days (or weeks)!

In reality, I usually forgot about the time change until the night it happened. My kids and I were usually exhausted and cranky for at least a week afterward. It’s amazing how much one little hour can change our whole reality, isn’t it? 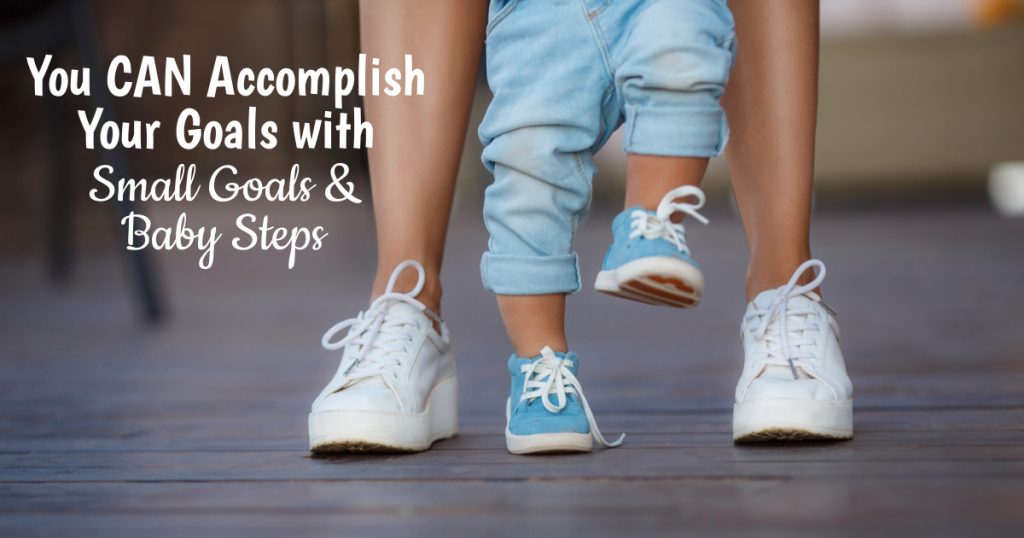 So here is the conclusion I came to as I gave some thought to the time change and how it affected us:

If one little hour can alter our schedules and our attitudes, why do we (at least I) tend to downplay the significance of “baby steps” in our own attempts to make improvements in our lives?

I would love to say that I have always embraced the importance of the baby steps I’ve taken toward having a better attitude daily, eating more healthfully, encouraging my husband, kids, and friends more often, exercising…and the list goes on!  Instead, I tended to dismiss small changes as unimportant and focus only on the final goal.

Why do we dismiss small goals and baby steps and try to go straight to our goal? (Even when we know it’s harder and doesn’t usually work very well?)

I have come to believe that much of this type of thinking comes from our misconceptions about not only those around us but also of ourselves.  How many times have you seen the mom in the grocery store with four well-behaved kids in tow, calmly shopping, reading ingredient labels, comparing prices?  Ok, maybe never, but many of us have the notion that WE should be that woman!

I, for example, am fairly often “accused” of being organized!  I try to dress neatly (My closet is a disaster, but I happen to be a master at “hide and seek.”), I never forget my earrings (Only because I never take them off!), and I remember to bring my organizer and a pen wherever I go. (I think I actually have an organizer addiction!) My appearance tends to lead folks into thinking that I am well organized, and apparently I don’t outwardly appear to be flustered or frustrated often.  Both of these things are occasionally true of me, however, they are not the norm!

So how do I move toward actually being organized instead of just appearing to be organized to others? How do I make changes that will help make my home and my homeschool run more smoothly each day?

Yep. My first goal was to make it my goal to set smaller goals!  I know that I need to have something to work toward, but I want that work to be positive and enriching in my life and NOT make me feel like a constant failure!  My goals (and your goals, too) need to be small, do-able goals.

I’m also keeping in mind that, as a homeschooling mom, I believe I am the main role model my kids are likely to follow. I want to model for my children a positive approach to setting and accomplishing goals. In addition to that, my desire is to emphasize having a positive attitude along the way!

But wait! First, give yourself credit for what you’re already doing well!

A good example of setting a small (do-able) goal was years ago when I decided to help my son, who was then two years old, to walk.  He has Down Syndrome and, although I suspect he would have learned to walk eventually on his own, was showing no indication of interest in walking. When he reached his second birthday and was still crawling or being carried everywhere he went, I felt like a failure!  I was so disappointed in myself for not taking the time or making enough effort to teach him how to walk.

After beating myself up a little bit, I realized that his verbal skills and sign language skills were pretty amazing. He absolutely loved to help his brother empty the dishwasher, and he enjoyed helping his sister and me load wet clothes into the dryer and unload them once dry.  These things that I worked hard to help him accomplish did not erase the fact that I had carried him around rather than working with him to learn to walk. However, they did encourage me that I was NOT a total failure.

I had put time and effort into teaching him age-appropriate communication skills.  I had encouraged him to be a contributing family member. (I believe all kids, no matter how young, feel special and have a positive kind of pride that comes with completing chores and playing a role in caring for the whole family.) It made me feel better about what I’d already done and gave me confidence that I could move forward when I first gave myself credit for what I had already done well.

Next, think about your big goal and write down some baby steps for accomplishing it.

So, how did I “solve” the walking problem?  I sat down and wrote myself some goals.  They started very, very small.

We took tiny, tiny steps toward the goal, and in about 6 months, he was walking on his own!  Yes, that seemed like a long, long time, but it was not nearly as stressful a process as it could have been if I had pushed too hard and caused anger or rebellion to develop in him or more frustration and anger in myself! Or if I had simply set a larger goal to teach him to walk without breaking down the steps along the way.

Once you reach your goal, set new goals and write down baby steps to accomplish them.

Yes, we still had to practice walking on uneven surfaces, balancing, running, jumping…so many other related activities.  But the great part was that, by that time, I had complete confidence that we would be able to meet those new goals. Our success with the baby steps we had accomplished and the goal we had attained gave me that confidence!

The best part, in fact, was that I knew as he grew he would understand that I was (and still am) his ally in the process of learning and not the enemy!  My hope was to bond and foster positive give-and-take rather than causing him to feel hopeless or rushed.

How This Affected My Attitude

How did this tie in with my attitude?  I stopped letting myself feel guilty for waiting until he was two to focus on walking. I stopped rejecting the praise that came when others saw the work we had put into walking for the past six months. I gave myself and my son credit for our hard work and was proud of what we had done!

I found that the “winning combination” for me was to allow myself to achieve just a little at a time and then make sure that I cheered myself on when each goal was accomplished instead of sliding back into old habits of self-criticism or guilt!  It seems to me that keeping this focus actually empowers me to continue to achieve and to smile as I do so! It makes my focus a positive one rather than a defeating journey in which I beat myself up a lot and teach my kids that scowling is a normal way of life.

What do you want to accomplish?

What are the goals you hope to accomplish?

1. Choose ONE change to make.

Set a goal to make ONE change to make the situation a little better. For example, if you find that the kids are sleeping later, dragging around in the mornings once they finally get up, and that school is beginning later and later and you feel frazzled, stop feeling frustrated and guilty!

Don’t try to completely change your entire morning routine all at once. You’ll just end up even more frustrated and defeated. Resist that temptation! Instead, choose one change to make.

The first change I made was…breakfast!  I made a breakfast plan and got organized first thing in the morning.  For example, if we were to have muffins, I set out the ingredients the night before, mixed them up and baked them in the morning, and set out steaming muffins and glasses of cold water or milk at each child’s place before I woke them up.

2. Then make one more change.

After you’ve made your first change and given everyone time to adjust, choose one more change. For my family, my second step was teaching my kids to go straight from breakfast to doing morning chores. Once they adjusted to that, I chose one more change and so on until, finally, we accomplished our ultimate goal of staying current on school assignments.

Does it always work? Nope. Does it usually work? Yes!

Yes, it is true that I still forgot the time change.  It is also true, however, that I recovered from my oversight pretty quickly with no permanent damage done!  I still have a messy closet, but I don’t let it make me feel like a failure, and I don’t worry that I am doomed to a life of disorganization and clutter.

I attempt to remind myself, when necessary, that the closet just hasn’t made itself a high enough priority yet in my list of important goals (and baby steps toward accomplishing them), and I smile when people make comments about how organized I am! 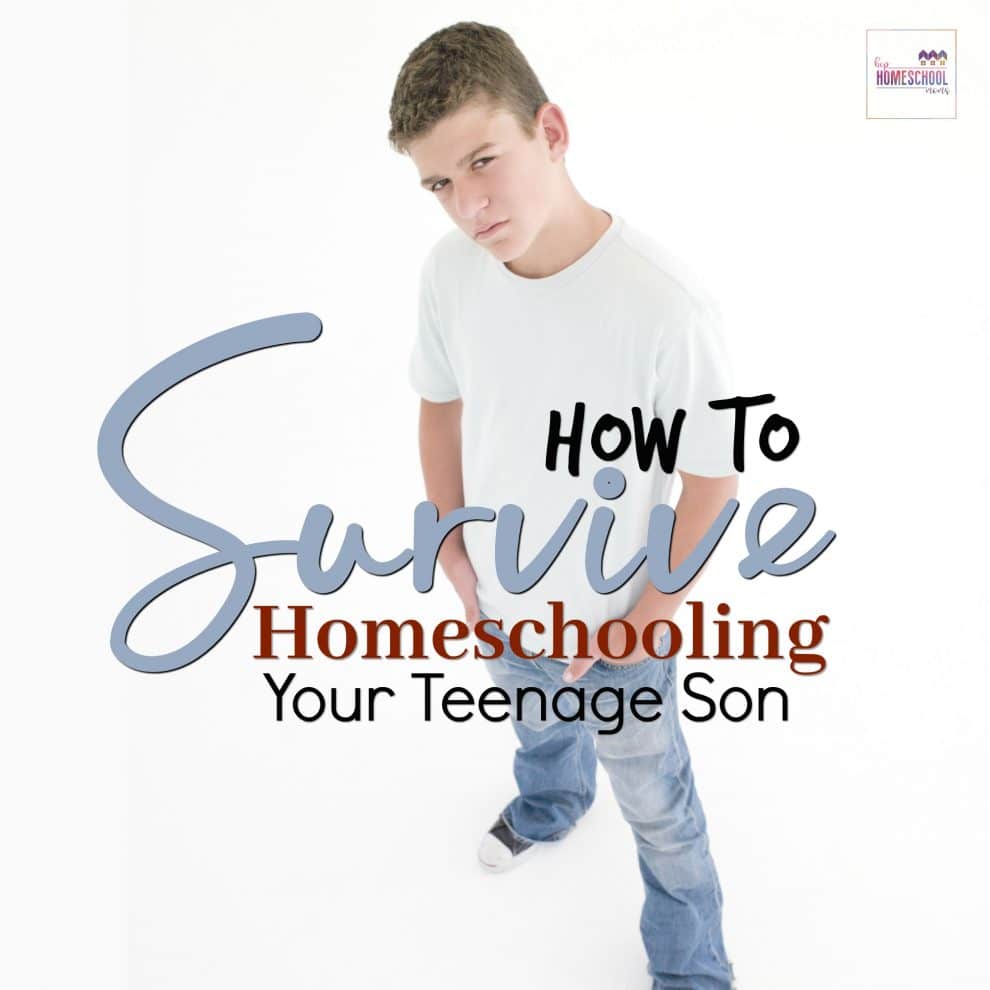 How to Survive Homeschooling Your Teenage Son 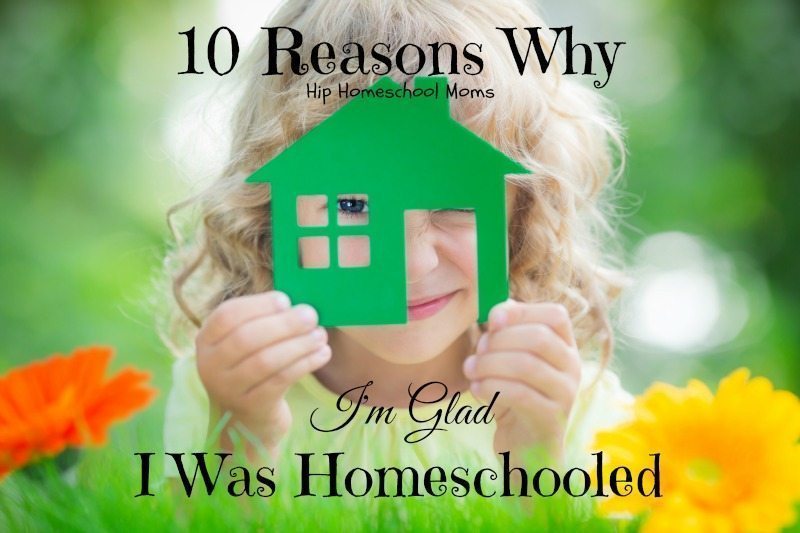 10 Reasons Why I’m Glad I Was Homeschooled 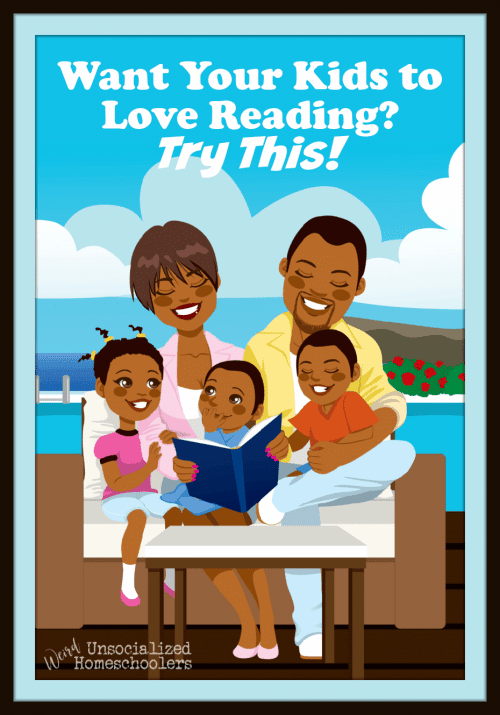 Want Your Kids to Love Reading? Try This!