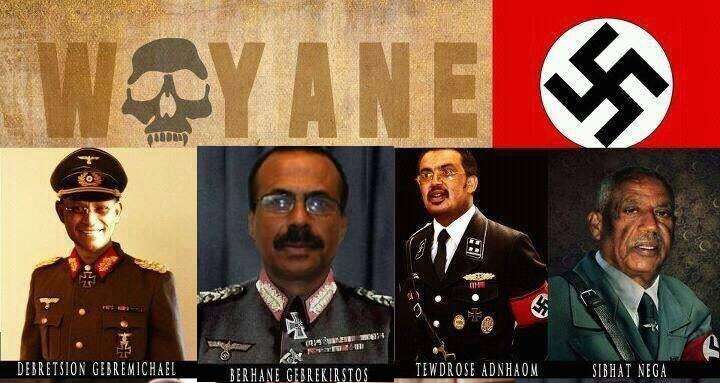 Before I begin my writing, I would like to suggest a very important message to all non-Arab Africans and Caribbean countries to have a permanent sit in the United Nations Security Council, which I will be explaining later at the end of this writing. Also, I would like to appeal in a short note to Hon. Karen Bass.

First, the current saga of Tigray Region of Ethiopia: This region is an epicenter of Ethiopia’s political and economic crises for millennia with which not to have an obvious economic contribution of its own to the country unless unleashing conflicts and war. Retrospectively, a district of Adwa is where elites from this region often allies with foreign enemies to sabotage centurial governments. One of the best examples is the self-inflicted suicide of Emperor Theodor II. After, a regional governor of Adwa (Tigray) received a bribe to lead a British army to the king’s fortress. This region in its history has never been in peace with its neighboring states including Eritrea. 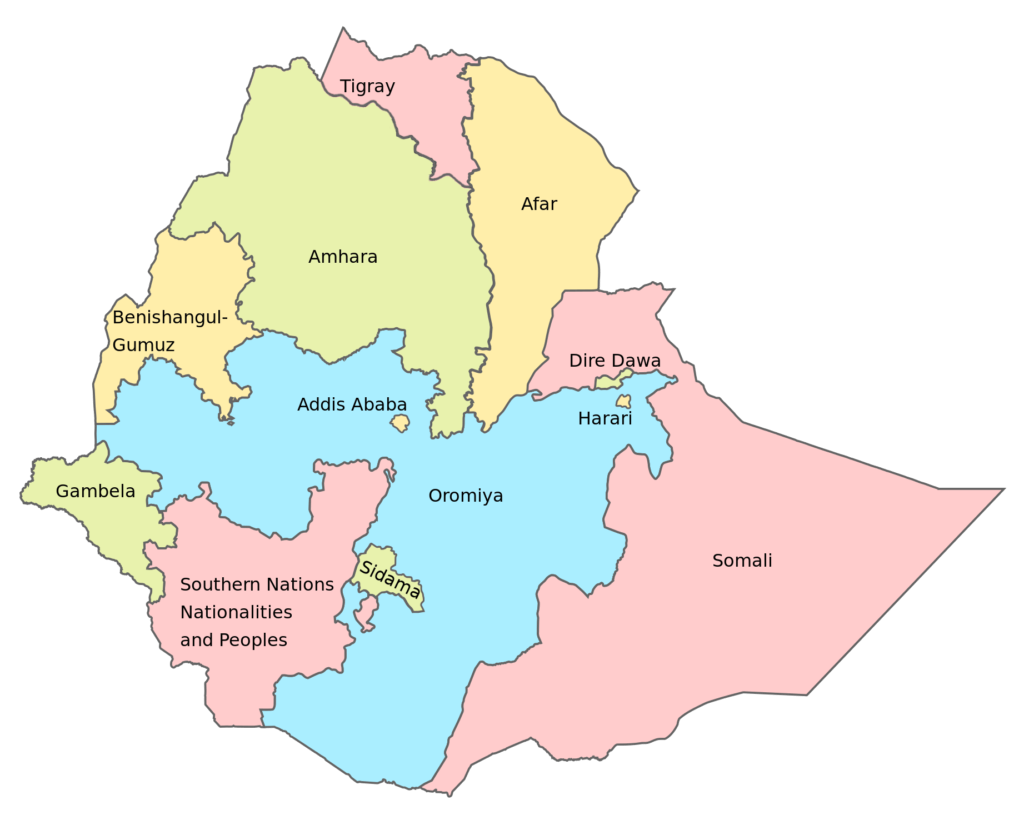 Subsequently, I would like to elucidate the current crises as underlined unless I am disproven wise, which is the Tigran elites not only lost a thirty year of brutal dominance of power but also their state of mind. There are plenty of documents available about the criminality of Tigray People Liberation Front, I rather tune into the brief current issues and who and what is behind the mutiny.

Scenario I: GERD (Grand Ethiopian Renaissance Dam) is the center of this conflict. First, the negotiation of the three parties was failed due to direct involvement of the USA (uninvited and self-appointed broker) in favor of Egypt to enforce Ethiopia to sign a document, which unilaterally prepared by the USA treasure department. After Ethiopia rejected the document, The USA former President proposed “Egypt must bomb the GERD” the whole world was shocked with his statements, and it is the most embarrassing to the USA diplomacy, after all, to use such a language is unexpected even from a layperson. In fact, this had come, I believe with misunderstanding of the psychology of Ethiopians. Ethiopians are poor but their priority is their dignity. They are very proud people, there is no power on this earth except God would they fear. They are very resilient people.

GERD is a great important success to all Africans to replicate this scheme for development, as all financers, bankers including World Bank and IMF were refused to lend money. Each one pitched in from their pockets to build such a great dam. For sure, Egypt is behind the conspiracy to block the loans. I suggest all Africans to follow suite for development.

Scenario IV: this diplomat made a visit to Egypt, Sudan and Eretria and Kenya. While the heart of the crises (I assume) is in Tigray, Ethiopia. This diplomat was not met with Ethiopian government officials until the end of his visit.

Scenario V: the second-round visit of this diplomat was made between Saudi Arabia, some Arab States and Egypt. What is the reason and how these countries are connected to Tigray conflict? Meantime, Egyptian president, and officials were circling around Europe and part of Africa.

Scenario VI: Egypt and Saudi Arabia’s prince were in a secret meeting at Egyptian resort city.

Scenario VII: Saudi Arabia expelled en masse poor immigrant workers of Ethiopian origins. Children, including infants, woman, old and young were on stray on Saudi extreme desert heat with no water and food. Their hard-earned money and jewelries had been confiscated by Saudi police. This supposed to be a Holy Land to Muslim believers. No human rights group condemn this atrocities. Time will change, before Middle East started swimming with petroleum dollar, there were many Arabs and Middle East immigrants lived in Ethiopia. Well, only God know, and time will tell with hard work, Ethiopia would get its respect again.

Scenario VIII: The United Nations resolution prepared and supported by Europe and the USA failed to pass, thanks to Russia, China, and India. This is a reminiscent of a World War II,

TPLF has intensified its war by receiving supports directly and indirectly from outsiders.  This terrorist organization has a wide support from Egypt, Sudan, Europe, and the USA. However, it will never come back to power unless the whole Ethiopian population completely vanish. These countries have unleashed a propaganda apparatus of its media; New York Times, BBC, CNN, Aljazera, and many others are carrying on reports irresponsibly and lack in media discipline and ethics.

VIII. United Nations Security Council was attempted to take actions against the Ethiopian government. While it knows very well the whole truth, and that it is not the mandate of the United Nations to interfere in an internal affair of a country. Russia, China, India and some non-European countries were stood along the truth to reject European and the USA proposal. There are other interest groups: gays and lesbians were pushing from behind as TPLF is their favorite culprit. TPLF is well known in human trafficking and money laundering. This is the most dangerous criminal organization the world has yet to come to know.

The war was started by TPLF with murdering hundreds of soldieries who were at sleep after a long day backbreaking work helping collect Tigray farmers’ harvest.  To make things clear, Tigray People Liberation Front has had 250, 000 soldieries with well over 100 fat and corrupted military generals. That is well over a double of the country’s military. TPLF is a mercenary to wage a proxy war for Ethiopian enemies.

The good outcome of all this atrocity is that Ethiopians are united than ever from all directions. TPLF’s divide and rule strategy has ended.

To go back to where I started this article, as I have pointed out about Africans and Caribbean countries must have representation in United Nations Security Council. The following are good reasons:

During World War II, Benito Mussolini used Mustard gas, and Renderpest virus to subdue Ethiopian resistance. The League of Nations did not condemn this act of terrorism when his Majesty Emperor Haile Selassie pleaded with then a world body, in fact, Ethiopia was one of the members. For this reason, Africa (non-Arab) and Caribbean countries must have a permanent sit in the United Nations Security Council.

At the end, this writing would be directed to Hon. Karen Bass. I hope she may read this article or hoping someone would inform her.  Let me start with a short introduction; I was born in Ethiopia and lived in the USA most of my life. I know very well the good and bad of both countries. Living in the south is an eye opening and it is an experience I have learned more about humanity. You may be a mother; can you see the horror of child soldieries TPLF sending to the warfront? This terrorist organization is intoxicated with narcotic drugs. TPLF drugged children to warfront with weapons they are unable to carry. I am a father, I cried a few month ago, when a young TPLF captive soldier wept on TV screen. I wept again when I saw several children were under captivity. It is not true, a taboo that many believes man do not weep. My experience about TPLF goes back to 1998. I have been in the USA, when TPLF took power. I read a lot about human rights abuse and political crises it maneuvered in the country. My mother was sick, and she was desperate to see me. I had just finished my school and did not have enough money to travel. I was in part selfish and feared to go. My company insisted I should go and paid my air ticket for round trips, and my stay in Sheraton Hotel was booked. If I remember correctly, room 204 where I Stayed. TPLF securities followed my every step. I was watching them carefully. They installed detective device on my hotel’s room telephone. One day, about 2 AM at night, that is 8 PM Ethiopian time. I was in a deep sleep and heard someone was trying to open my bedroom door. I went to a door and looked through peephole, and I saw four people. I immediately called out for the hotel’s front desk security person. I learned later; the hotel management works with government intelligence security personal. Why they were unable to open the door that night? I can explain but it is out of the point of my writing. I was followed and my room was searched several times. To make the story short, my mother died as soon as she saw me, her last breath was ended by calling my name. I am not involved in politics, though I used to write articles in English from here to Addis Tribune newspaper, and on online media. TPLF is very vicious organization and must be eliminated from the surface of the earth.

Tigray People Liberation Front is very rich terrorist organization, it stole about 50 billion dollars from poor Ethiopian people. It can hire lobby group to influence western politicians, this is bad about American politics.

Dear Hon. Bass: I heard you were talking about Ethiopian diaspora group asking you the USA should send troops. We have a right to know who these diaspora group and who they represent. Yes, the Tigray People Liberation Front and Oromo Liberation Front both are terrorist organizations with a lot of money able to buy lobby groups, but they by no means represent Ethiopian diaspora. In fact, I would ask you to help the poor Ethiopian people with investigations, so they are able to recover stolen money deposited abroad.

Dear Congresswoman: do you know many criminals are hiding in the USA? To mention few; Siye Abraha, and former Ambassador Berhane Gebre-Christos who paid 6 million dollars after caught in prostituting. These and many are hiding in the USA and Europe attempting to return to power after sheading children blood. Of course, Their children live in comfort life in the west while poor Tigray children die on war front with no food. Who would protect Eritrean refugees in Tigray? TPLF is murdering these poor refugees. Why the international community did not talk about missiles fired on innocent civilian in Bahir-Dar, Gondar, and Asmara? Is this not an act of terror?

Lastly, I am trying to understand the reason why the current the USA government and State Department officials are turning their backs to PM. Abey Ahmad or collectively Ethiopia. It is up to the people of Ethiopia to decide who is their leader. The USA should stay out from involvement in the internal affairs of the country. As far as I am concerned, PM Abey is doing better on its reform so far though is slow, and I admire him on his green revolution which I most in favor of reforestation and environmental protections.