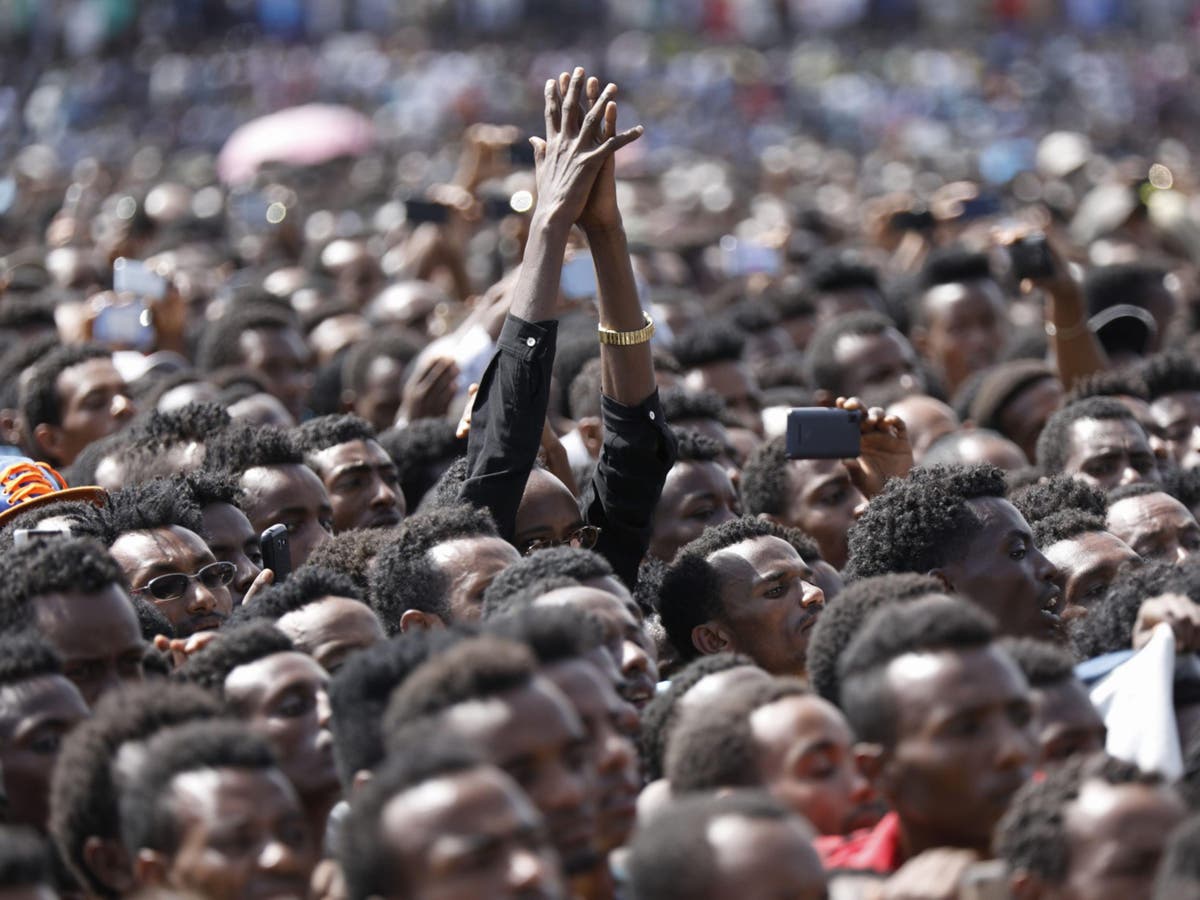 As many in Egypt and Sudan like to call it, the “forever negotiations” with Ethiopia don’t seem close to an end. And as the water levels continue to rise slowly behind the retaining walls of the massive Ethiopian dam on the Blue Nile, the frustration among officials in the two downstream capitals increases.

It has been ten years since Addis Ababa initiated the construction of the Grand Renaissance Dam megaproject, also known as GERD. The negotiations between the three countries started shortly after. Now, the endless rounds of talks stand at a deadlock.

Africa’s largest hydroelectric power project has been, since, a source of conflict. Ethiopia says the dam is essential to generate electricity and improve the lives of its 115 million inhabitants – many of them live in darkness. Egypt fears the dam’s effect on its 55.5 billion cubic meters share of water from the Blue Nile, while Sudan has concerns over regulating the water flow to its dams.

The large $4.8 billion dam straddles the riverbed a few miles before Sudan’s border. Once the reservoir is full, it will create an artificial lake of 74 billion cubic meters of water – bigger than Greater London. The water pressure is meant to power 16 turbines, from which Ethiopia plans to generate 6,000 megawatts of electricity.

Ethiopia started the first stage of filling the dam in 2020. Last week, the government announced the beginning of the second stage, which infuriated Cairo and Khartoum, who want to reach a legally binding agreement on filling and operating the dam first before proceeding with the second filling. Ethiopia’s prime minister Abiy Ahmed, who sought to win a second term in the June general election, said his country would dash forward and fill the dam without signing the agreement.

There were angry exchanges around the crescent-shaped UN Security Council table on Thursday. Egypt’s foreign minister Sameh Shoukry warned, with an indignant voice, that if Egypt’s water rights and survival are threatened, “it will be left with no alternative but to uphold and protect its inherent right to life that is guaranteed by the laws and customs of nations and the imperatives of nature.” His Sudanese counterpart, Mariam al-Sadiq al-Mahdi, pointed at Ethiopia’s “unilateral ability” to “threaten the security and safety” of Sudanese citizens.

Egypt’s President Abdel Fattah al-Sisi has warned in March that “no one can take a single drop of water from Egypt, and whoever wants to try it, let them try”.

Egypt and Sudan signed a military agreement in March following a visit by the Egyptian army commander to Khartoum. In June, the two countries sought to put pressure on Addis Ababa when they held “the Guardians of the Nile” large-scale military drills near its borders.

Later, they decided to take the dispute to the Security Council as they tried to find a way out of the current impasse. Ethiopia saw the decision as a move to scupper the year-long African Union mediation. Analysts say the Security Council move reveals the two countries are getting desperate.

“The African Union is an inert organisation”, Mohamed Nasr Allam, Egypt’s influential former irrigation and water resources minister, told The Independent. “It is unable to press Ethiopia for concessions, and after all these months, it didn’t issue a report explaining the reasons behind the deadlock. That’s why Egypt and Sudan decided to go to the Security Council.”

So far, turning the standoff over the dam into an international dispute has proved to be an arduous mission. On Thursday, the UNSC members showed no inclination to play a central role in the negotiations and reiterated their backing of the African Union’s efforts to reach a deal.

This is partly because Ethiopia swiftly faced the two downstream countries with an irreversible reality by starting the filling days before the council’s meeting.

Vassily Nebenzia, Russia’s UN envoy, even issued an explicit warning to Egypt and Sudan against the “escalation of confrontational rhetoric”, stressing that his country only sees negotiations as the way forward.

“Addis Ababa was determined to press ahead with the filling of the dam, whatever the Security Council says. When the meeting convened on Thursday, it was faced with a fait accompli,” Martin Plaut, a fellow at the Institute of Commonwealth Studies in London, said.

Ethiopia says that filling the reservoir during the heavy rainfalls of July and August is an integral part of the dam construction and denies any intention to harm Egypt and Sudan’s interests.

“The council will not be able to do much as it is a divided house and has no history of dealing with water conflicts. China and Russia’s support for Ethiopia also takes away any possibility of three riparian countries taking any common position soon,” Ashok Swain, professor of peace and conflict research at Uppsala University in Sweden, said.

Mr Allam bitterly recalls Nebenzia’s remarks as “shocking” for the Egyptian officials who had hoped for a more supportive position from Moscow, given the warm relations between the two countries.

But the US, officials in Egypt and Sudan think, is the only country capable of helping broker a final deal. In February last year, Ethiopia pulled out of a negotiation round in Washington organised by Trump’s aides. In his last days in the White House, Trump declared that Egypt might “blow up” the dam, a statement that has sent shockwaves across all of Africa.

The deal was within the three countries’ grasp but stumbled over two main sticking points: “The amount of water Ethiopia would be willing to release from the GERD dam in the case of the dry period, and the issue of dispute resolution, with Ethiopia rejecting the international arbitration that Egypt and Sudan have insisted upon”, William Davison, a senior analyst on Ethiopia at the International Crisis Group, explained.

The Biden administration has appointed the veteran and renowned diplomat Jeffrey Feltman as a special envoy for the Horn of Africa. And, so far, Washington has maintained pressure on Mr Ahmed’s government to withdraw from key positions in the ongoing civil war in the Northern Ethiopian Tigray province, where the Ethiopian army, backed by Eritrean forces, is widely understood to have carried out massacres against some of its six million civilians.

But on the GERD crisis, the Biden administration seems reluctant to use its weight and gravitas to exert enough pressure on any disputant.

Mr Allam went further to rebuff any talk about a US mediation. “I even don’t think there is a US mediation”, he said with a grin. But Mr Allam’s mocking laughter hides a growing sense of unease. This feeling is stemmed from the grim reality that the deadlock means Egypt and Sudan are running out of diplomatic options.

“Washington does not have an explicit Nile strategy,” Mohammed Soliman, a non-resident scholar with the Middle East Institute in Washington, said. “The US’s main priority is simply to prevent any military escalation between the three counties that would jeopardise their 250 million combined population.”

“Any additional destabilisation of East Africa and the Horn of Africa is a red line for Washington since it would ultimately send shockwaves across the African continent and impact the security of the Red Sea, which is tied to US national security in Africa,” he stressed.

Security in the region is already in dire shape. Besides the Tigray conflict, armed forces and militias from Ethiopia and Sudan have inched towards an all-out war over the al-Fashaga territorial disputed area earlier this year. This means Abiy Ahmed – who won the general election with a landslide victory according to official results declared over the weekend – is sitting on a powder keg of civil war, social instability, border disputes and an economy crashing under the Covid-19 wheels.

Against this bleak reality, all Ethiopians place their hopes on the GERD as a dream that can change their lives – powerful emotions on which Mr Ahmed seems determined to capitalise. By fuelling the rise of the nationalist drive behind the GERD project, Mr Ahmed thinks he might be able to unite a nation on the brink of total disintegration.

“The conflict in Tigray and political instability, in general, make the government see the GERD as a useful rallying point for a divided country beset by challenges. That makes it especially unlikely Ethiopia will offer any concessions now they were not willing to concede before,” Mr Davison said.

On the other side of the negotiation table, Egypt’s President Abdul Fattah al-Sisi is facing a similar puzzle. In the south, Cairo, and the Nile Delta, people maintain a sharp belief that their government will protect the water flow on which they depend for survival.

“Egypt and Sudan either have to activate their March military agreement and launch some kind of raid on the dam or accept Ethiopia’s unilateral solution to the regulation of the waters of the Blue Nile. It is difficult to see any alternative,” Martin Plaut said.

“At this time, though the military option is still less likely, it can’t be ruled out,” Ashok Swain noted.

But the prevailing sentiment in the Security Council’s meeting may have well put any military preparations by Egypt and Sudan on the backburner.

Mr Allam says Egypt “has no remaining option but to force a fait accompli, or it will lose the dispute” and poses, “it will lose its future”.