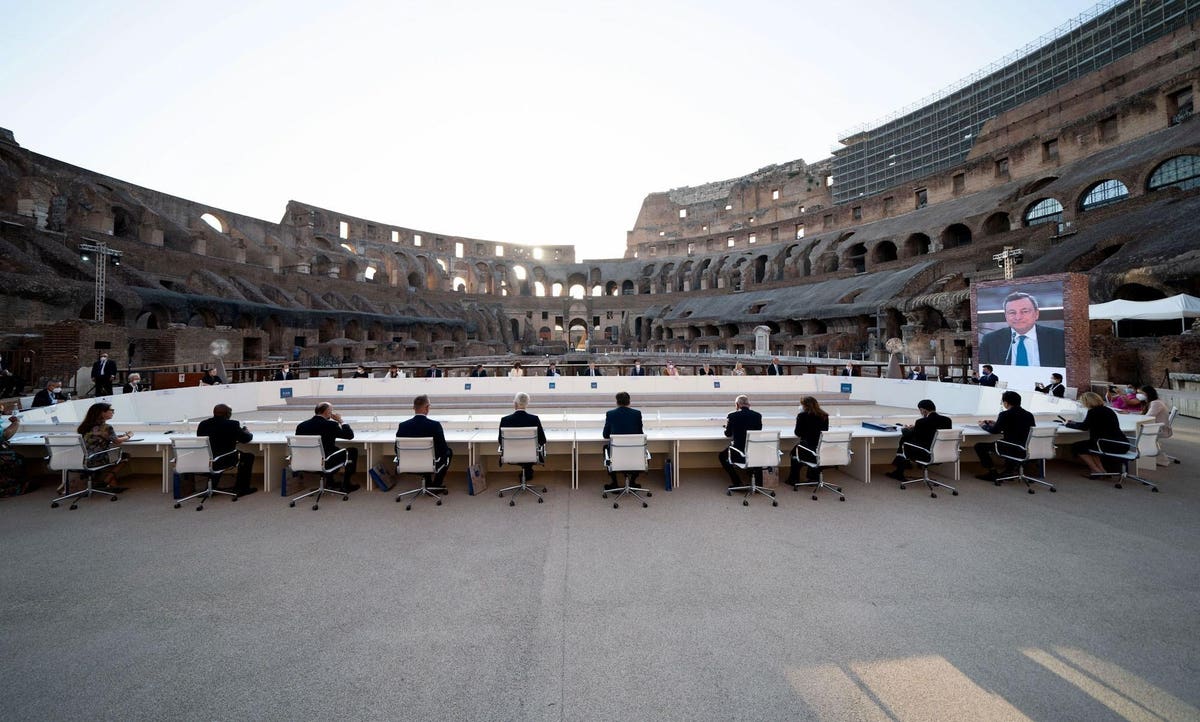 At the end of July in Rome, the Ministers of Culture from the G20 met for the first time. At the meeting, they adopted the inaugural G20 “Declaration for Culture”, a 32 point policy document outlining the need to recognise the role of culture in regeneration, sustainable development and climate action. For the first time, culture was recognised as a potential solution to deploy to address the world’s challenges, rather than something that happens after work.

This document is part of a year of similar proclamations, resolutions and events. 2021 is also the International Year of Creative Economy for Sustainable Development, according to the United Nations. It is also the African Union’s Year of The Arts, Culture and Heritage. National governments are joining suit. The United States, through the passing of a bipartisan senate bill, declared August 11 the International Day of Hip-Hop earlier this month.  This is all welcome news.

These announcements are juxtaposed by what has been one of the most difficult years for the creative economy and the artists whose work it is based on. Oxford Economics predicts in the UK alone, the creative and cultural economy lost £77 billion ($105 billion USD). Sticking with the UK, a third of musicians are said to have left the sector. According to the New York Times NYT , at least “52 percent of actors and 55 percent of dancers were out of work in the third quarter 2020.” What hasn’t been calculated, but is no doubt sobering, is how many artists will never pursue their craft professionally across the G20 countries, because it is unaffordable to do so.

Stating something is important and enshrining it in a particular policy or resolution is important. This is the first time in the G20’s 22 year history that culture has been considered important enough to hold a formal meeting. Much of the declaration is, or should be, common sense. It includes an affirmation of “culture’s transformative role in sustainable development, helping address economic, social, and ecological pressures and needs,” as well as to “recommend to include culture, cultural heritage and the creative sector in national and international post-pandemic recovery strategies, recognising that international cultural exchanges depend on strong cultural and creative actors in all countries.”

As such, it presents a unique opportunity. Investing in culture – and the sectors and disciplines that make up the creative economy – can accelerate recover and drive economic growth not only in the G20 nations, but also to all nations. And this is one of the most globally accepted blueprints to help guide this. However, this juxtaposition – stating culture is important in a formal declaration despite often lacking policies, processes and budgets to invest in and realise the value of artists and culture – remains a challenge.

While the sector, as a whole, is said to be worth 3 percent of the global economy, this is not replicated with a level of investment that recognises the prospective growth and value of the sector. And when investment is made, it can be inequitably distributed. Pursuing a career in the arts, in countries like the U.K., remains reserved for those who can afford it. It is not a level playing field, if there is a field at all to play on.

These welcome declarations could lead to a widespread reform in recognising the value of arts and culture and investing in it across all economies. This means all genres, all disciplines and supporting living culture and heritage. If not, when 2022 arrives, it will be the year of something else, and arts and culture will once again be part of the supporting cast, rather than the lead actor, without rights of artists to protect and monetise their work having improved and pursuing culture and the creative economy as a vocation not gaining in recognition, be it in Indonesia, Russia, China, the U.K. or the United States.

After enduring the past eighteen months of shuttered venues, museums, galleries and festivals, we have all lived through a world where – if we were lucky to have access to culture in the first place – we were separated from it in the flesh, but no less interested in consuming it. This was demonstrated by singing on balconies, live streaming performances, virtually touring galleries or increased usage of streaming providers.

For the first time, culture – our universal language has been deemed important by the G20. Let’s ensure structural, long-term investment is what follows, rather than the year of something else taking centre stage in January.