Fred Lumbuye, a well-known blogger, social media activist and critic of Ugandan President Yoweri Museveni, was arrested in Turkey on Tuesday, according to several news reports.

“… we know that, if he is handed over to Uganda he will not get a free and fair trial and because of some of the comments these government officials have made about him, it is clear he will be subjected to all these violations that political activists have been subjected to,” said David Lewis Rubongoya, Uganda’s National Unity Platform’s Secretary General.

Even though details about Fred Lumbuye’s arrest remain sketchy, the discussion has swiftly moved to issues surrounding his alleged crimes, though no one has been able to name them.

“If he is arrested because of a crime he committed, then he deserves to be arrested because he committed a crime. Anybody who commits a crime in any country whatsoever, should pay the price for breaking the law including in Uganda… no one is above the law,” said Uganda’s deputy foreignm inister, Henry Okello Oryem.

These sentiments appear to be shared by human rights lawyer, Gawaya Tegule — who believes Lumbuye should be tried elsewhere and not in Uganda where the justice system “is not independent.”

“There will be no justice … between Turkey and here, we do not know what can happen to Lumbuye because Uganda is now known as a state that tortures its citizens … it’s time to be afraid,” Gawaya Tegule told DW. 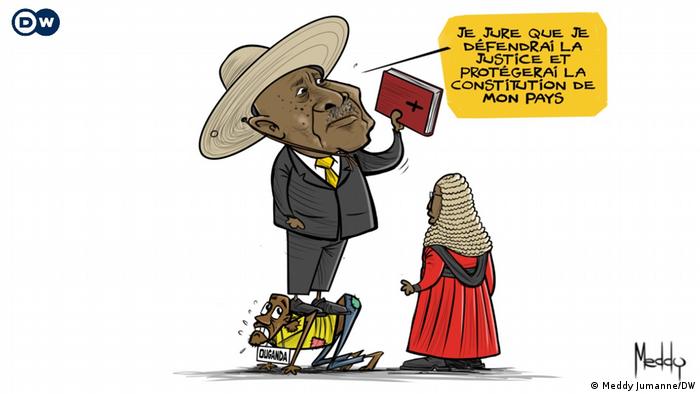 For an arrest to be legal, there needs to be reasonable grounds to suspect the individual is involved in a crime for which their arrest is necessary.

So far, information from Ugandans who spoke to DW and posted on social media suggested the allegations against Lumbuye all stem from his criticism of President Yoweri Museveni’s government.

Ugandan radio and digital journalist Kenneth Lukwago said it comes as no surprise as President Museveni has openly declared anyone criticising his government “persona non grata.”

“There is a big threat in Uganda and this has already been communicated widely by the president himself who thinks that there are  people who are hell-bent to destroy the image of his government or to attack his personality and other government officials using online platforms,” Lukwago said.

“Not so long ago, he did direct that such people be arrested.”

With speculations that Lumbuye was arrested at the Ugandan Embassy in Ankara with the collaboration of Turkish authorities, Tegule has challenged the process.

“… if Turkey is what we think it is, then the respect for law will be extremely extinguished and they may do what rogue nations do, that is circumvent the law in order to achieve the key objective of satisfying Uganda’s interests because then it is not the law at play, it is political interest at work and there is no limit to what could happen,” Tegule told DW.

Lumbuye’s arrest will not be the first time an African leader has arrested an activist or journalist as a direct consequence of what they say and write on social media.

The story is the same in other African countries — such as Nigeria, Uganda, Senegal, Chad, the Republic of Congo and Cameroon — where the crackdown on social media is fast becoming a trend which extends beyond bans on social media platforms to arrests and incarcerations.

“It has become even more difficult to publish online because there is a lot of censorship,” said journalist Atia Tilarius, who spent 7 months in a Cameroonian jail because of his reporting.

“Government has been trying to up its game at censoring media beyond the traditional media to online media,” Tilarius added. “Many journalists have been arrested and detained  for publishing content online including myself and so it is a challenging terrain for us who report and publish stories online.” Rwanda is also making use of legislation to crackdown on freedom of expression. Laws have been extended to those publishing information on online platforms such as YouTube, while accusing them of more serious crimes relating to the unfortunate history of genocide.

“The fact that YouTubers are now being prosecuted is an indication that it is an attempt to undermine free speech other than serious allegations,” said Gonzaga Muganwa, the former Executive Secretary of the Rwanda Journalists Association.

The further issue with these laws is that they are selective in their application, said journalist Robert Mugabe.

“You find that it is actually the minority of the journalists like in Rwanda who are targeted. Not all of them are targeted. It could depend on the narrative. If you abide to the official narrative, you are safe,” said Mugabe.

Any hiding place for dissenters?

Legal experts have said repatriating Lumbuye to Uganda by whatever means would set a dangerous precedent for press freedom.

While governments in Cameroon and Nigeria have recently violated international law by repatriating pro-independence leaders for trial, Lumbuye’s case will perhaps be the first in which a person is brought from outside of the African continent to stand trial because of their expressed opinion.

But many are resolute:

“…My advice to African governments is to take their hands off digital censorship. Digital journalism has come to stay. There is no justification for gagging the digital press, journalists are not the cause of governance problems we face,” said Wawa Jackson Nfor, who spent years in a Cameroonian jail for reporting and feels that he is still under constant surveillance. 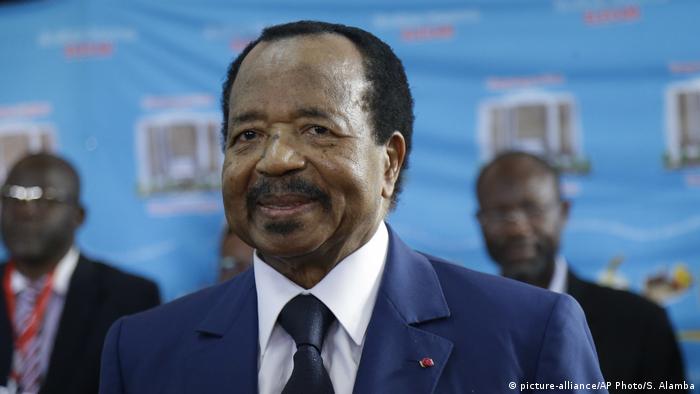 Mugabe, like Jackson, feels that journalists need to stand up together and defend the right to freedom of expression.

“I don’t think the threats that come to journalists should be left alone like a fight for journalists,” he said.

“It is the society, the community, the African Union which can come up with a settlement resolution. It is about lobbying all these international and African associations of journalists to be able to petition the African Union.”

A recent study conducted by the privacy protection company, Surfshark, uncovered that a minimum of 30 out of Africa’s 54 countries have either blocked or heavily restricted access to social media access since 2015.

The company also confirmed that African governments were becoming more aggressive as they perceive social media as a political opponent:

“Social media has established itself as a key political player of its own. However, as its influence grows, so does the governments’ desire to censor it by introducing new laws, restricting access, or blocking social media altogether,” said Surfshark communications manager Gabrielle Racaityte-Racai.

With social media being treated as political ‘opponents,’ it is barely surprising that African leaders are going beyond restricting access to physically targeting those using social media as a tool of dissension.

The prevalence of online censorship all linked to issues of riots, protests, elections, and other political issues, indicates that a new wave of oppression is gradually overtaking the African continent.

With Nigeria targeting Twitter, Rwanda going after YouTubers, and Cameroon and Uganda actively arresting journalists, the innovation brought by social media to other parts of the world will soon be sacrificed on the alter of dictatorships.