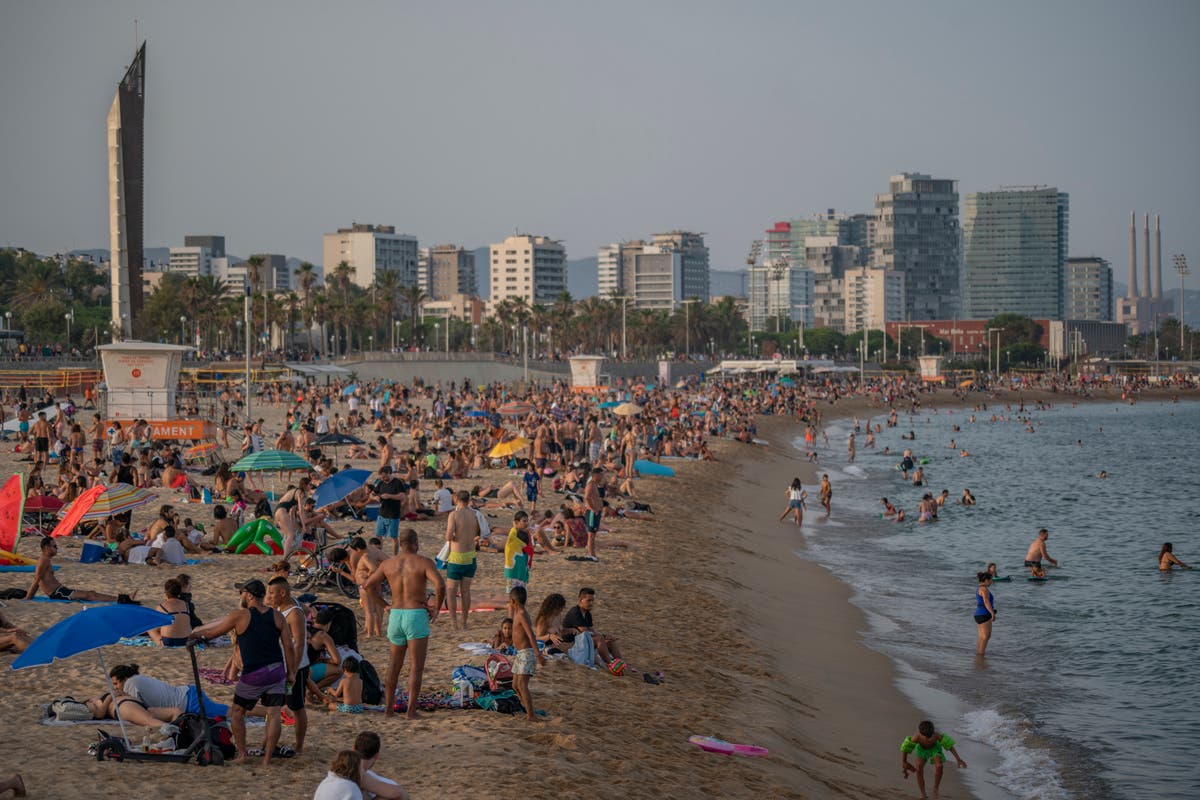 he cost of PCR Covid tests for travel will be investigated “immediately”, the competition watchdog has said.

Health Secretary Sajid Javid had called for a review into “excessive” pricing and “exploitative practices” among test providers and travel bosses said the costs were putting people off going abroad.

It comes as a study has found those “pinged” by the NHS app in England and Wales are up to four times more likely to have Covid-19 than someone who is not.

High levels of coronavirus and rising case rates have led to a warning the UK is running hot when it comes to managing its spread.

With infection prevalence in England at around 25 times higher than the same time last year, an expert said the current situation is “an early sense of what living with Covid-19 looks like”.

Dr Simon Clarke, associate professor in cellular microbiology at the University of Reading, said while vaccines are reducing the number of hospital admissions and deaths, high case numbers still place an unnecessary burden on the NHS.

The rate of new cases of the virus is currently rising in all four nations, suggesting the sharp fall in Covid-19 cases that had been under way since mid-July has now come to an end.

Separately, the latest estimates from the Office for National Statistics infection survey show levels of coronavirus infection remain high across much of the UK.

Prevalence is highest in Northern Ireland, where about one in 55 people are estimated to have had Covid last week, unchanged on the previous week and the highest level since late January.

England’s R number could have dropped below one suggesting cases could be shrinking.

Public Health England said the estimated range for the R number has narrowed further to 0.8 to 1.0, suggesting cases may no longer be growing exponentially.

It means for every 10 people infected, they will on average infect between eight and 10 others.

Drugmakers Pfizer, BioNTech and Moderna are expected to make billions of dollars from coronavirus booster shots.

The market could for years rival the $6 billion in annual sales for flu vaccines, according to analysts and healthcare investors.

Four further deaths of patients who had tested positive for Covid-19 have been reported in Northern Ireland.

One of the deaths occurred in the last 24-hour reporting period, with the three others before then.

The Department of Health said there had also been 1,389 new confirmed cases of the virus in the last 24-hour reporting period.

On Friday morning, there were 359 Covid-positive patients in hospital, with 44 in intensive care.

Domestic business travel will return to near-normal levels once the coronavirus pandemic is over, a new survey suggests.

Companies expect an average of 38 per cent of staff to travel domestically for business after the virus crisis ends, compared with 40 per cent before it began, the poll commissioned by the Department for Transport indicated.

Some 34 per cent of the 465 managers or executives questioned said they expect staff who travel for business to do so around once per week, down from 40 per cent before the coronavirus outbreak.

More than nine out of 10 (93 per cent ) firms said they had replaced at least some domestic business travel with virtual meetings during the pandemic, such as through Zoom.

Half of companies (50 per cent ) agreed that meetings with only virtual attendees are an adequate replacement for face-to-face interactions, while 28 per cent disagreed.

The survey also suggested that the use of private cars as the main mode of domestic business travel has increased significantly, from 29 per cent of trips before the pandemic to 43 per cent.

A British judge has sentenced a man to three and a half years in prison after he tricked an elderly woman into paying him for a fake coronavirus vaccine jab.

He knocked on the victim’s door in Surbiton, west London, on December 30 claiming to work for the NHS, according to police.

The woman let him into her home, where he jabbed her in the arm with a “dart-like implement” before asking her to pay £140, which he said would be refunded by the NHS.

Following a public appeal, the conman went on the run but was arrested in January.

“I have never been subjected to such a deceitful and horrific crime,” Kathleen Martin said in a statement released by police.

People double-jabbed with the Moderna vaccine still had antibodies against coronavirus, including the Delta variant, six months after their second dose, according to a study.

The company behind the vaccine said they are pleased with the results, which came from a small group of volunteers, and expect the new data might inform approaches to possible booster campaigns.

Scientists focused on a random sample of eight volunteers in each of three age groups, to monitor antibody levels.

They all had blood samples taken at different stages post-vaccination – four weeks after the first dose, followed by two weeks, three months, and six months after the second dose.

Researchers said antibodies against variants were still present six months after the second jab, with high levels maintained against the Delta variant.

The coronavirus reproduction number, or R value, in England is between 0.8 and 1, according to the latest Government figures.

R represents the average number of people each Covid-19 positive person goes on to infect.

When the figure is above 1, an outbreak can grow exponentially but when it is below 1, it means the epidemic is shrinking.

An R number between between 0.8 and 1 means that, on average, every 10 people infected will infect between 8 and 10 other people.

Scotland has recorded eight coronavirus deaths and 1,542 new cases in the past 24 hours, the latest Scottish Government figures show

It brings the death toll under the daily measure – of people who first tested positive for the virus within the previous 28 days – to 8,029.

A total of 353 people were in hospital yesterday with recently confirmed Covid-19, down three on the previous day, with 41 patients in intensive care, down one.