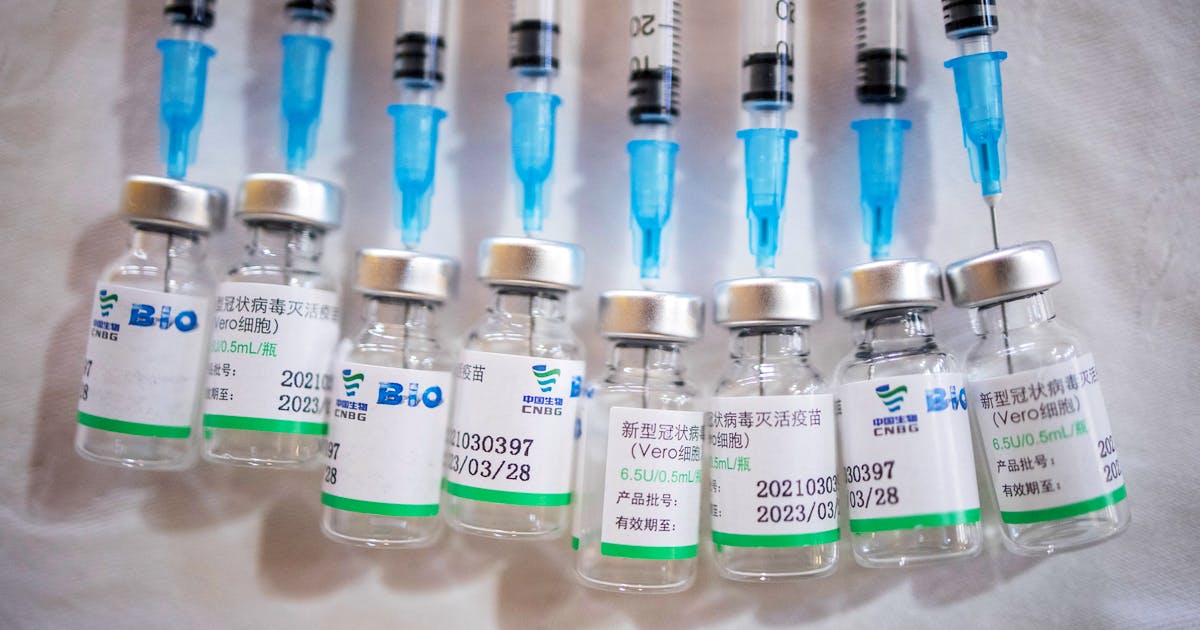 WINDHOEK (Reuters) – Namibia, whose COVID-19 inoculation programme was halted by a lack of vaccines, received a boost on Friday with the arrival of 250,000 Sinopharm doses bought from China.

It is classified as an upper-middle-income country and had to pay to participate in the global vaccine distribution scheme COVAX. But it has only received 67,200 doses out of 108,000 allocated by the facility.

It has also received donations of 100,000 Sinopharm doses from China and 30,000 AstraZeneca doses from India.

Out of a population of 2.5 million people, only 133,863 people had received their first dose of either the Sinopharm or AstraZeneca vaccine by Thursday, while some 32,753 are fully vaccinated, government figures showed.

“Distribution of the vaccines will be over Saturday and Sunday, and we will have a resumption of the national vaccination program on Monday,” deputy executive director in the ministry of health Petronella Masabane said, while announcing the arrival of the vaccines.

The southwest African country expects delivery of a further 40,800 doses of AstraZeneca vaccine from the Covax facility later this month and 333,333 doses of Johnson & Johnson procured from the African Union’s vaccine procurement programme.