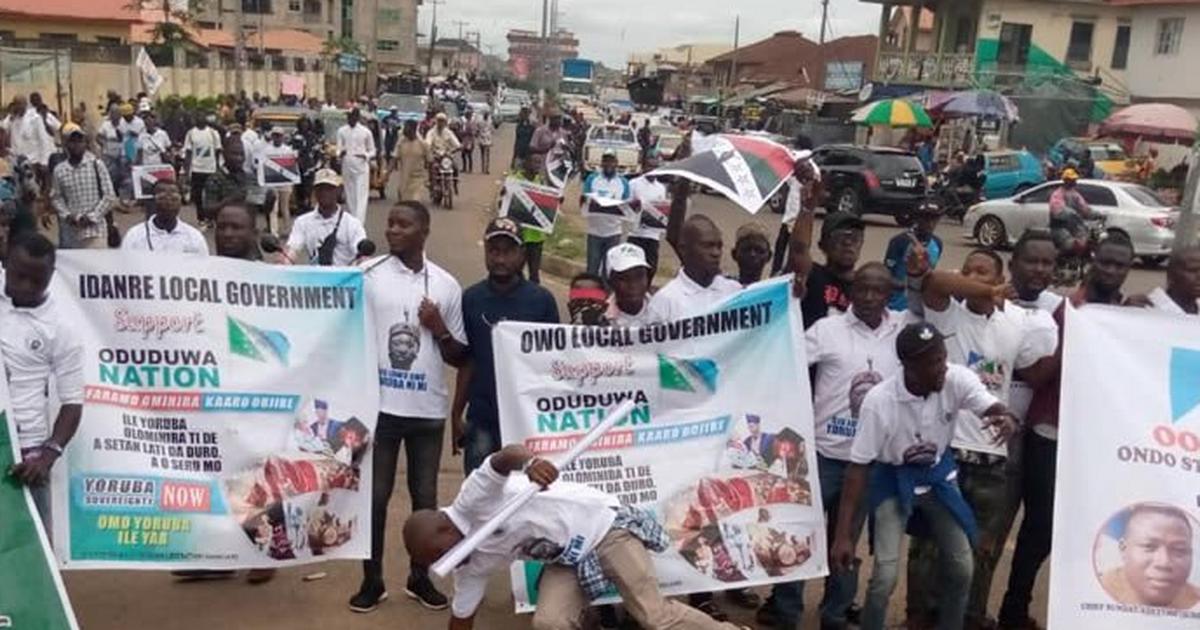 The YAF addressed the petition to the UN, the European Union (EU) African Union (AU) and other countries across the world.

It said allowing such petition against the Nigerian Government would send the wrong signal to its citizens and worsen the nation’s insecurity challenges and secession agitations.

The News Agency of Nigeria (NAN) recalls that the Ilano Omo Oodua, umbrella body of Yoruba self-determination groups, had petitioned the UN in July over its demand for a separate and independent Yoruba Nation.

YAF, however, said that resort of the group to present a petition against the Federal Government was only part of its strategy to legitimise plans for the dissolution of the Nigerian Federation.

“YAF will never support any plan that will destabilise the nation and will continue to preach peace and unity of Nigeria.

“These self-styled unrepentant critics of the Federal Government of Nigeria through their frequent acerbic and destructive outbursts and attacks against the government, coupled with the violence they unleash on innocent Nigerians must be stopped.

“We are aware these agitators and individuals are behind the recent violence in different parts of the South-West of Nigeria, they have a more sinister objective of destabilising the Nigerian nation for the selfish political end of those bankrolling them.

“It is very clear that the masterminds of these violence are bent on throwing Nigeria into total chaos to hasten the collapse of governments at both the state and Federal levels to enable them execute their evil plans for Nigeria ahead of the 2023 general elections.”

The forum, therefore, urged the various countries also petitioned “to prevail on the UN Security Council to take careful, appropriate and urgent steps to deal decisively with these elements bent on fomenting trouble in the South-West of Nigeria and the country at large”.

YAF also urged the UN to disregard and discountenance the disguised antics and plans of the unpatriotic self-styled freedom fighters and their cohorts.